Cyclone Nisarga’s Landfall Near Alibag To Be Rare-Of-The-Rarest Event: Experts 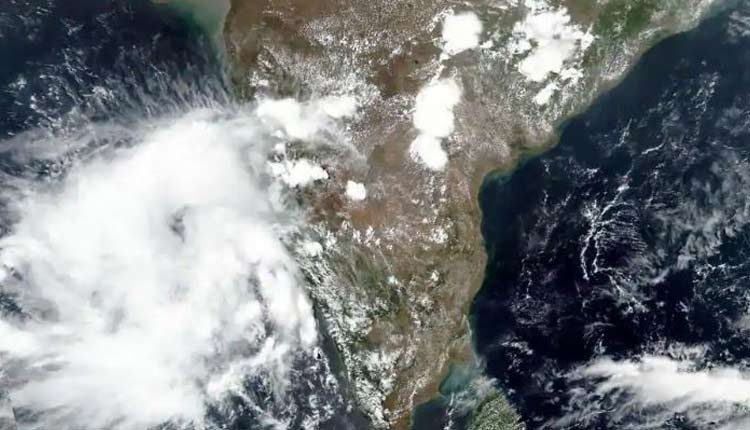 New Delhi: The deep depression in the Arabian Sea strengthened into a cyclonic storm ‘Nisarga’ on Tuesday morning and will make landfall close to Alibag, 94 kms south of Mumbai on the afternoon of June 3. It will make landfall as a ‘severe cyclonic storm’ with a wind speed of 100-110 kmh gusting to 120 kmh. As the storm brewing in the Arabian Sea intensified into a tropical cyclone, many experts believe its landfall would be a rare-of-the-rarest event on the Maharashtra coastline.

Dr Sunita Devi, India Meteorological Department‘s in-charge of cyclones, said, “The cyclone will further intensify into a severe cyclonic storm in the next 12 hours.”

It will cross north Maharashtra and adjoining south Gujarat coast between Harihareshwar and Daman, close to Alibag in Maharashtra’s Raigad district during the afternoon of June 3.

IMD Director General Mrutyunjay Mohapatra on Monday said that the cyclonic storm will affect the coastal districts of Maharashtra, including Mumbai, more than Gujarat and neighbouring states.

The storm surge is expected to be one to two metres above the astronomical tide and is very likely to inundate low-lying areas of Mumbai, Thane and Raigad districts at the time of landfall.

According to IMD’s Cyclone E-Atlas, no weather system has turned into a cyclone and made landfall along the Maharashtra coast during June. Cyclone E-Atlas has been tracking tropical cyclones and depressions over the North Indian Ocean since 1891.

Echoing it, Roxy Mathew Koll, a climate scientist at the Indian Institute of Tropical Meteorology (IITM), said, “The cyclone Nisarga is about to scrape around Mumbai on June 3. If that happens, it will be the first cyclone in the recorded history to hit the Maharashtra coast in June.”

According to the National Cyclone Risk Mitigation Project, only 25 per cent cyclones that develop in the Arabian Sea approach the West Coast.

Senior Meteorologist Jason Nicholls said, “only three cyclonic storms have made landfall over or near Mumbai since 1891, and all three occurred in October and November. The latest was Phyan in 2009.”

The number of cyclones and severe cyclones in the Arabian Sea has risen by nearly 32 per cent in the last five years, according to the IMD data.

It will make landfall with a wind speed of 100-110 kmph gusting to 120 kmph. The storm surge is expected to be one-two metres above the astronomical tide and is likely to inundate low-lying areas of Mumbai, Thane and Raigad districts at the time of landfall.

Fishermen are warned not to venture into the sea. 31 NDRF teams have also been deployed to carry out rescue operations. Widespread damage is also expected.

The last cyclone to hit Mumbai was cyclonic storm ‘Phyan’ on November 11, 2009. Nisarga is currently located around 400 km from Mumbai as a deep depression.