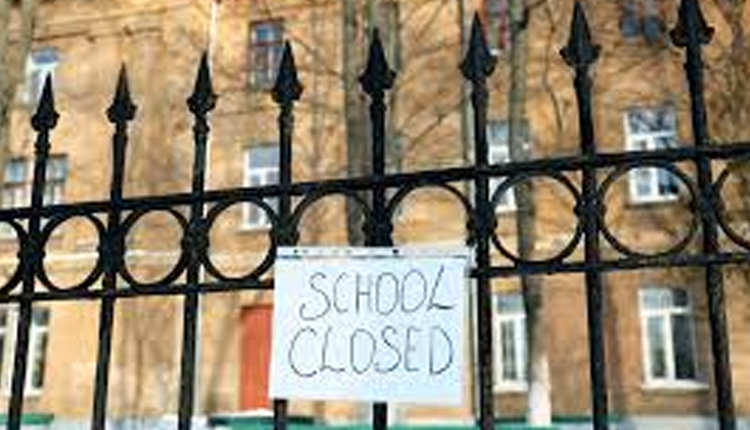 New Delhi: The prolonged closure of schools due to the COVID-19 pandemic in India may cause a loss of over USD 400 billion in the country’s future earnings, besides substantial learning losses, according to a World Bank report.

South Asia region stands to lose USD 622 billion from the school closures in the present scenario or up to USD 880 billion in a more pessimistic scenario, it said, adding while the regional loss is largely driven by India, all countries will lose substantial shares of their GDP.

The report titled “Beaten or Broken? Informality and COVID-19 in South Asia” claims that South Asia is set to plunge into its worst-ever recession in 2020 as the devastating impacts of COVID-19 on the region’s economies linger.

“Temporary school closures in all South Asian countries have had major implications for students. They have kept 391 million students out of school in primary and secondary education, further complicating efforts to resolve the learning crisis, said the report.

While most governments have made enormous efforts to mitigate the impact of school closures, it has been difficult to engage children through remote learning initiatives,” it said.

The report also noted that the pandemic may cause up to 5.5 million students to drop out from the education system and cause substantial learning losses, which will have a lifetime impact on the productivity of a generation of students.

“Most school systems closed in March, and — though there are important exceptions — countries are starting to reopen or have already opened their schools. Children have been out of school for approximately 5 months. Being out of school for that long means that children not only stop learning new things, they also forget some of what they have learned.

“The projected learning loss for the region is 0.5 years of learning-adjusted years of schooling (LAYS), falling from 6.5 LAYS to 6.0 LAYS, an enormous setback from recent advances in schooling,” it said.

The Learning Adjusted Year of Schooling’ (LAYS) concept, introduced by the World Bank, seeks to combine access and learning outcomes into a single measure.

It combines quantity (years of schooling) and quality (how much kids know at a given grade level) into a single summary measure of human capital in a society.

The report has projected that based on country data on household labor incomes, the average child in South Asia may lose USD 4,400 in lifetime earnings once having entered the labour market, equivalent to 5 percent of total earnings.

“These projections are based on what we currently know about returns to schooling, using the reduced level of learning caused by the crisis. Summing these numbers for all children in South Asia, the region stands to lose USD 622 billion from the school closures in the present scenario, or up to USD 880 billion in a more pessimistic scenario.

“While the regional loss is largely driven by India, all countries will lose substantial shares of their GDP. For reference, note that South Asian governments spend only USD 400 billion per year in total on primary and secondary education. The total loss in economic output from the current closures is hence substantially higher than what countries currently spend on education,” it said.

The novel corona virus has infected over 3.7 crore people across the globe claiming over 10.5 lakh lives.

Universities and schools across the country were ordered shut on March 16 to contain the spread of the novel coronavirus. On March 25, the Centre announced a nationwide lockdown. While several restrictions have been eased gradually in different phases of the ‘unlock’ since June 8, educational institutions continue to remain closed.

However, according to the latest unlock guidelines, schools, colleges and other educational institutions outside COVID-19 containment zones can reopen after October 15. The final decision on reopening the institutions has been left with the states and Union territories.