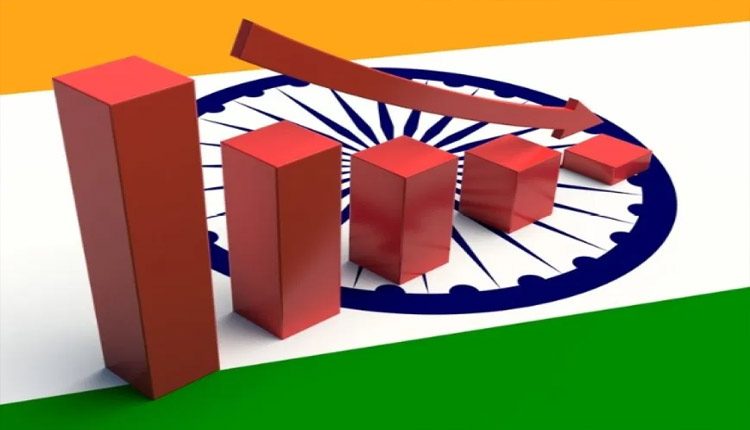 United Nations: As India reels from the impact of the COVID-19 pandemic, the World Bank projects the country’s economy to shrink by 3.2 per cent in the current fiscal year, the worst performance since 1979.

The Bank said on Monday that the world was facing its worst recession since World War II and per capita incomes would fall plunging millions into poverty.

Making the forecast for India, the Bank said: “Stringent measures to control the spread of the virus will heavily curtail activity, despite some support from fiscal and monetary stimulus. Spillovers from weaker global growth and balance sheet stress in the financial sector will also weigh on activity.”

The Bank’s Global Economic Prospects report cut the last fiscal year’s gross domestic product (GDP) growth for India to 4.2 per cent and forecast it to fall by 3.2 per cent in 2020-21 “when the impact of the pandemic will largely hit”.

The last time India had recorded a negative growth rate was in 1979 when it was -5.24 per cent.

The Bank forecast the global economy to shrink by 5.2 per cent this year resulting in a “largest fraction of economies experiencing declines in per capita output since 1870”.

The projected 3.6 per cent drop in per capita income this year “will tip millions of people into extreme poverty this year,” the report warned.

The report expected global growth to rebound to 4.2 per cent next year.

The economies of developed countries are expected to shrink by 7 per cent this year but grow by 3.9 per cent next year.

The Bank’s latest report presents a very negative turn around for India since January when it had projected the country to be the fastest growing major economy with a growth rate of 7.5 per cent in 2019-20 and in the current fiscal year.

The UN had projected last month a modest growth rate of 1.2 per cent for India in the current fiscal year.

The central banks in virtually all major economies in the South Asian region have been able to take measures to stimulate economic activity, the Bank report noted.

Although South Asia had delayed and initially smaller COVID-19 outbreaks, the number of cases is increasing rapidly in India, Pakistan, Afghanistan and Bangladesh, the report said.

“The region has a high share of workers employed in the informal sector, which adds to the health and economic challenges of dealing with the pandemic,” the Bank said.

Among the external factors impacting the region, the Bank listed spillovers from major trading partners; losses in supply chain linkages, and protracted low oil prices with depressed economic activity in the Middle East that could cut remittances.

But it said the lower oil prices and more subdued economic activity are keeping inflation generally contained in the region.

For Bangladesh, the Bank’s forecast is 1.6 per cent growth for the last fiscal year and 1 per cent for the next. Sri Lanka’s growth is projected to shrink by 3.2 per cent in the current calendar year and remain flat next year.