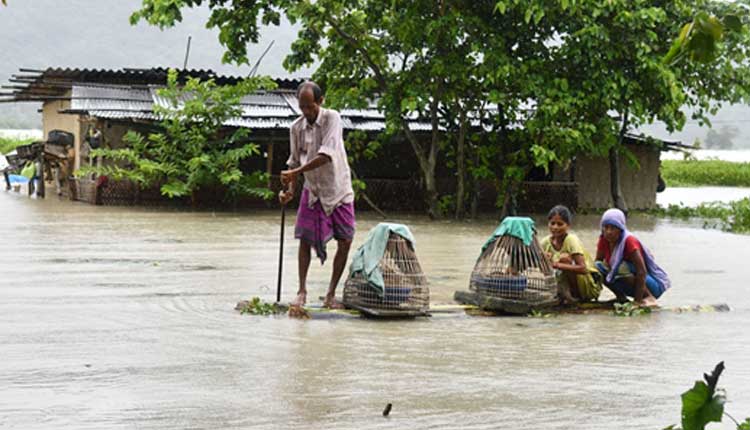 Guwahati: With two more fresh deaths on Saturday, the toll in the ongoing current wave of Assam floods has increased to 37. The situation, however, has largely improved in seven districts even as 11 lakh people in 18 of the state’s 33 districts have been affected, officials said.

The Assam State Disaster Management Authority (ASDMA) officials said that in the current wave of floods in the past two weeks, at least 22 persons have died in Morigaon, Tinsukia, Dhubri, Nagaon, Nalbari, Barpeta, Dhemaji, Udalguri, Goalpara and Dibrugarh districts, taking the state’s death toll to 37, while 24 people have been killed in separate landslides since May 22.

Prime Minister Narendra Modi, who on Friday talked to Assam Chief Minister Sarbanada Sonowal and reviewed the current flood situation, announced an ex gratia of Rs 2 lakh each to the next of kin of persons who lost their lives.

“Around 11 lakh people in 1,412 villages were continued to hit by the monsoon floods and over 53,348 hectares of crop areas were severely affected due to the floods. Around 6,531 people, including women and children, still sheltered in 171 relief camps,” an ASDMA official said.