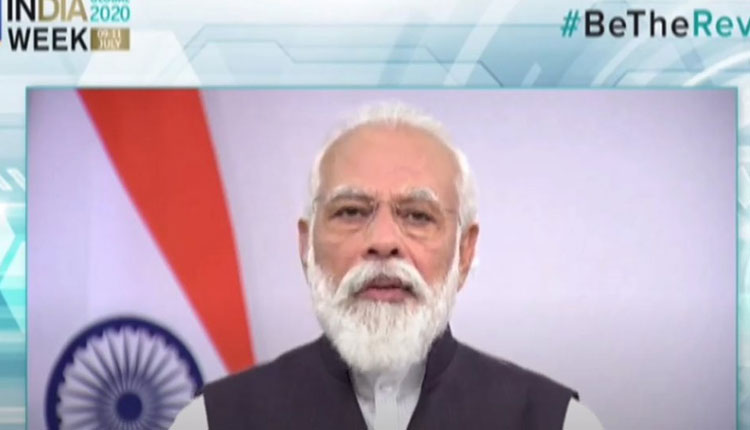 New Delhi: Inviting global companies and investors to India amid his government’s push for import substitution and a self-reliant India, Prime Minister Narendra Modi on Thursday said that the call for an ‘Aatmanirbhar Bharat’ is not about being self-contained or being closed to the world.

Delivering the inaugural speech at the India Global Week 2020, he said that the concept of Aatmanirbhar Bharat merges domestic production and consumption with global supply chains.

Inviting global investments in agriculture, logistics, defence and space, the Prime Minister said: “We are laying a red carpet to come and establish presence in India.”

“Aatmanirbhar Bharat is not about being self-contained or being closed to the world, it is about being self-sustaining and self-generating. We will pursue policies that promote efficiency, equity and resilience,” he said.

The Prime Minister first used the term Aatmanirbhar Bharat, or self-reliant India, during an address to the nation in May, wherein he had asked citizens to purchase Indian and India-made goods and called upon India Inc to produce all the products imported by the country and become self-sufficient. Since then, it has become a catchphrase among industry participants and traders along with government representatives.

Talking of market liberalising reforms, he said that India is one of the most open economies in the world.

He also outlined several “reform” measures taken by the government in the past six years including “total financial inclusion”, “record” housing and infrastructure projects, tax reforms including the Goods and Services Tax among others.

Further as the world goes through a recession amid the pandemic, Modi said that India will play a leading role in the global economic revival.

He also said that India has already started seeing “green shoots of recovery”.

Noting that Indian technology industry and tech professionals along with contributions in other sectors by Indians, including healthcare, banking and scientific research, have always played a major role globally, he said: “There is faith that the story of global revival will have India playing a leading role.”

Modi also said the ability of Indians to reform and rejuvenate would be significant in this regard.

As on one hand, India is fighting the pandemic with stress on healthcare, it has also given equal importance on economic revival and reform, he added.