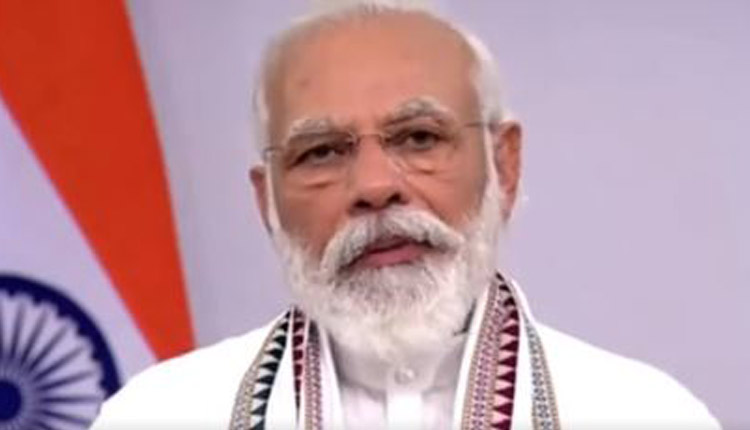 New Delhi: Prime Minister Narendra Modi on Saturday lauded the welfare measures undertaken by the BJP during the nationwide COVID-19-induced lockdown as seven state units of the party gave a presentation of their work at a video conference.

Reviewing the relief work done by the party’s Bihar unit during the ‘Seva Hi Sangathan’ meet, Modi said that some believed that COVID-19 will spread more in east India due to high poverty, but people proved it wrong.

Praising the work of the BJP’s Rajasthan unit during the lockdown, he said this shows as to how a party can play a “constructive role” whether it is in power or in opposition during a crisis.

The Congress is in power in Rajasthan.

To strike a better chord with BJP workers, Modi applauded many state units such as those of Maharashtra and Bihar in their local languages Marathi and Bhojpuri.

Before chairing the meet, Modi in a tweet said in these challenging times, party workers have been working tirelessly across India, helping those in need.

“For BJP karyakartas, serving the nation comes first,” he tweeted.

BJP state units presented a report card to Modi regarding the public service works and outreach undertaken during the nationwide lockdown period on Saturday evening in the ‘Seva Hi Sangathan’ meet.

At the beginning of the meeting, the BJP chief J P Nadda applauded Prime Minister Modi for his exemplary leadership during the time of crisis, saying that he has been praised across the globe for his actions in tackling the pandemic.

They ensured that medicines are delivered to such people regularly, to ensure they stay healthy, he said.