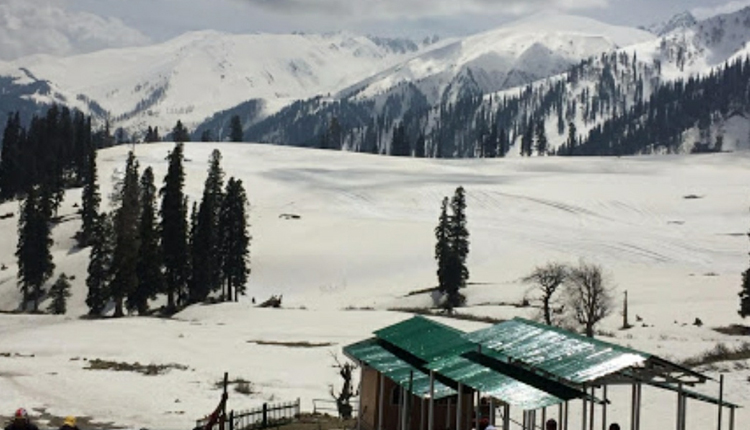 New Delhi: With the help of the Centre, the Jammu and Kashmir (J&K) and Ladakh UT administration are planning to connect all picturesque tourist resorts through a new 600-km-long highway circuit.

According to the J&K Chief Secretary B.V.R. Subrahmanyam, each spot would be like “another Gulmarg”.

The proposed Rs 8,000 crore road project will connect Gulmarg with Kargil and Drass in Ladakh. It is proposed to initiate from the revered shrines of Pakharpora and Chrar-e-Sharief and connect upper Budgam’s picturesque and virgin spots of Yusmarg, Doodhpathri and Tosamaidan with Gulmarg and Babarishi.

“We are planning to construct a 600-km-long road which will touch tourist attractions like Keran, Gurez and Machhil. The road will connect all unexplored tourist spots and picturesque valleys and help open them for the tourists,” Subrahmanyam told a group of visiting journalists.

The Chief Secretary said there will be 12 to 13 major tunnels along the road and it will also facilitate connectivity to the forward locations. “Each of these tourist locations will be another Gulmarg,” he said.

While picturesque Keran and Machhal are located along the Line of Control in Kupwara district, Gurez is a valley surrounded by snow-capped mountains in Bandipora district. Kargil and Drass now fall under the UT of Ladakh. Fifty km from Srinagar, Gulmarg is one of the best tourist attractions in India with its snow-clad mountains, magnificent beauty and winter game facilities.

The Chief Secretary said J&K administration has also intensified construction of rural roads. “Earlier, on an average 1,300 km rural road was built in a year but now we are planning to build 5,000 km rural road in a year,” he said.

Over Rs 2,000 crore amount is being spent on the construction of two circular roads bypassing the national highway No: 44 around the capital cities of Jammu and Srinagar. While as work is underway and land acquisition process is in the final stage, in Srinagar the process of the land acquisition has hit a hitch due to the coronavirus pandemic which began in March this year and demand of the landowners to pay them compensation according to the new law adopted after abrogation of the Article 370.

According to the landowners, as per the new Central law, they would be getting around Rs 1 crore per kanal in close vicinity of the district headquarters of Budgam. If paid as per the old state law, they would get not more than Rs 25 a kanal. Much of the length of the new highway bypass passes through Budgam district. It also passes through Pulwama, Srinagar, Bandipora and Ganderbal districts.

A separate highway is already underway under a tourism circuit connecting Chenani and Sudh Mahadev in Jammu with spots of religious tourism in Doda and Kishtwar districts.