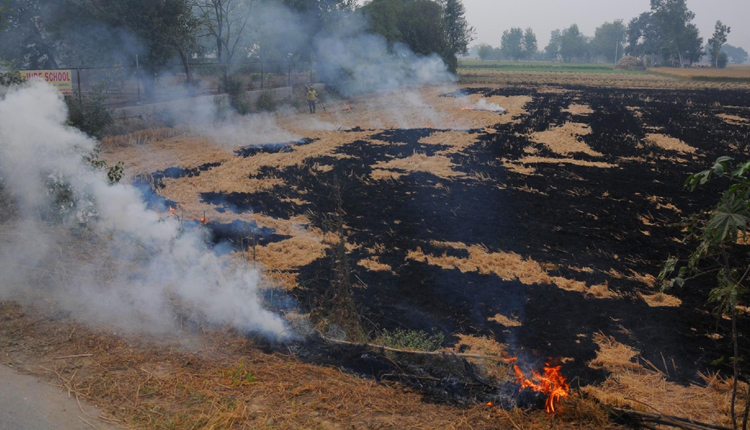 New Delhi: Mentioning that stubble burning in neighbouring states is behind the 40 per cent pollution in the national capital, the Delhi government on Monday appealed to the Central government to handle the issue suggesting it to analyse bio-decomposer as an alternative to the issue.

Stressing on “collective action on ground” to counter the effects of pollution, Delhi Environment Minister Gopal Rai appealed to the Centre while launching the ‘Red Light On, Gaadi Off’ campaign in all the 272 wards of the national capital.

“Stubble burning is the biggest contributor of pollution in Delhi, especially ahead of Diwali season. How should Delhi deal with that? I request the Central government to take some action rather than just making a commission, because pollution combined with the current pandemic can cause catastrophic consequences for the people of Delhi,” Rai said.

The Minister assured that the Delhi government will do everything in its capacity to make sure pollution is contained, but expressed its limitations to do anything to stop the toxic haze from stubble burning to pollute the city.

He said that through initiatives such as ‘Red Light On, Gaadi Off’, the Delhi government is combating internal sources of pollution in the capital.

“To curb rising pollution levels, Delhi Chief Minister Arvind Kejriwal on October 5 launched the “Yuddh, Pradushan ke Viruddh” campaign. Under this umbrella campaign, initiatives to combat pollution caused by dust, stubble burning or vehicles were launched. Anti-dust drive was also launched under this campaign. ‘Red light On, Gaadi Off’ campaign is being implemented within Delhi till November 15. We are taking it to 272 wards as the pollution levels are increasingly rising.”

On the issue of ban of firecrackers by Rajasthan, Rai said pollution is not defined by state boundaries, it is defined by air sets.

“It has an air set of around 300 kms, which means pollution will affect the radius of 300 kms. People are being ignorant of this fact. In order to combat pollution, there is a requirement for action to be implemented on the ground. Collective effort is required to deal with this issue.”

He said individual effort is not enough to fight pollution.

“There is a need to implement collective action. All Ministers need to take cognizance of this fact. In Delhi, it was repeatedly being said that the rising pollution level is due to stubble burning in neighbouring states, and the response we received from the Central government and states was that there is no alternative to stubble burning.”

In Delhi, the Minister said the Delhi government has used the bio-decomposer developed by the Pusa Research Institute and the result is positive.

On November 4, Rai said, Delhi Chief Minister shall be inspecting the ground reality at Hiranki village in outer Delhi.

“We want to tell the states and the Central government that there is no cheaper alternative than this for stubble burning. We request them to physically witness the bio-decomposer at work.”