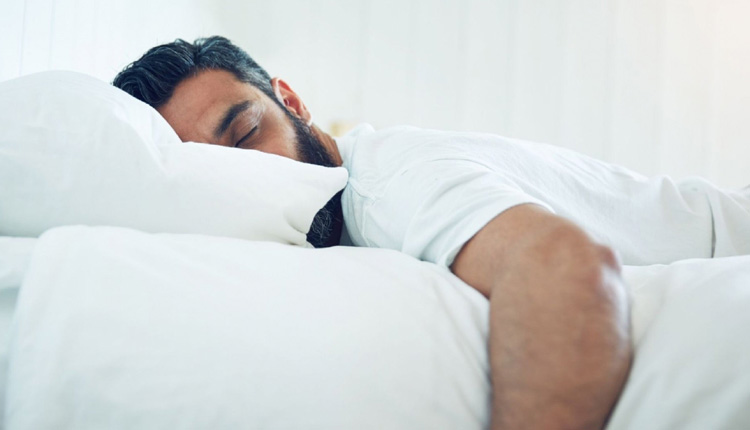 London: People are sleeping for longer hours during lockdowns and work from home scenario as they do not need to travel to workplaces but the quality of sleep has become worse in many, reveals new research.

If the differences in sleep timing and duration between workdays and days off become too large, this can lead to “social jetlag”.

The latest survey by the University of Basel in Switzerland found respondents admitting sleeping up to 50 minutes longer than before the lockdown. One factor contributing to this could be that people no longer had to commute to work in the morning.

Flexible working hours, no commuting and potentially more time to sleep led to a reduction in “social jetlag”, according to psychologist Dr Christine Blume from the University of Basel.

However, the reduction of “social jetlag” was not paralleled by an improvement in perceived sleep quality.

To the contrary, those surveyed reported that their sleep quality actually deteriorated a little during the lockdown.

This is not very surprising, explained Blume, “as this unprecedented situation also was highly burdening in many ways. Financial and health concerns or stress related to child care are just a few relevant aspects”.

The survey found that a relaxation of social rhythms – for example, through more flexible working hours – led to a reduction in “social jetlag”.

“This suggests that the sleep-wake patterns of those surveyed were guided by internal biological signals rather than social rhythms,” Blume added.

Many sleep disorders are caused by our modern lifestyle, which is characterised by pressure to constantly perform and be active.

Rhythms of work and leisure activities thus set a cycle that is often at a mismatch with the body’s internal biological clock.

If the differences in sleep timing and duration between workdays and days off become too large, this can lead to “social jetlag”.

The sleep experts have a tip for those whose sleep has deteriorated.

“Our findings suggest that physical activity outdoors could counteract deterioration in sleep quality,” they suggested.