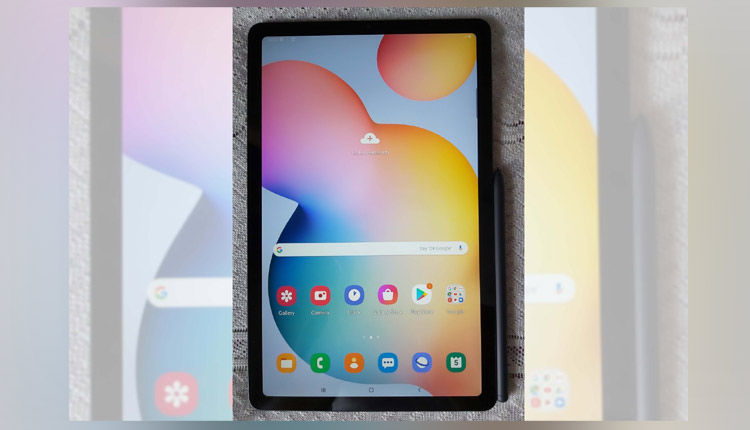 New Delhi: Samsung’s Galaxy Tab S6 Lite arrived in India just when you desired it the most. Your school-going children perhaps never truly needed a device like this than they require now because of the online classes that have become the norm for quite some time now.

Neither did you thanks to the disruptions brought about by Covid-19.

Of course, there are other tablets in the market. And the best among all in the Android universe is widely believed to be the Tab S6 Lite’s costlier sibling, Galaxy Tab S6.

What, however, sets Tab S6 Lite apart from others is its ability to pack a gamut of useful features at almost half the price of Galaxy Tab S6.

Samsung launched two variants of Tab S6 Lite in India – the Wi-Fi variant at Rs 27,999 and the LTE version at Rs 31,999. It is available in three colours — Oxford Gray, Angora Blue and Chiffon Pink.

We used the LTE version in Oxford Gray for some time to understand its pros and cons.

Despite the affordable price tag, Samsung has not actually compromised on the look and functionalities of the tablet.

With slim bezels and metal back, it gives a premium feel in your hands when you hold it. The back of the device has a fine finish which ensures that the fingerprints that it picks do not appear tool bold to make a mess of the look.

The 4GB RAM device which runs One UI 2 on Android offers 64GB of internal storage plus the benefit of expanding the limit through a microSD card.

This suggests that Samsung has made efforts to address a major pain point of the users. Compared to this, the 10.2-inch iPad which is available in a similar price range offers just 32GB internal storage.

And this is not all. The inclusion of the S Pen within the affordable range really puts it ahead of others in the category. Its usage is more relevant now as it makes taking notes and drawing things a breeze on the 10.4-inch screen.

The right side of the tablet can magnetically attach the S Pen which is quite useful when carrying the device from one place to another and also to ensure that it is not displaced.

And the 5MP front camera is also good enough to make appearances suitable when you enter into video conferences from the comfort of your home during remote working.

The 8MP primary camera also does not disappoint on light balance if you want to use it for posting photos on social media. The only problem is that the flash option is there for the front camera, but not the rear camera.

The face-recognition system to unlock the device works well to give you quick access. To top it all, this device which weighs just 467 gm packs a powerful 7040mAh battery that can make the device run for days with moderate use once it is fully charged.

The dual speakers, tuned by AKG and Dolby Atmos, can enrich your session with YouTube videos or TV shows.

What, however, one misses is the sharpness of the Super AMOLED display that its costlier sibling offers.

Conclusion: Overall, with a strong battery, large display, good sound quality and the precision with which the S Pen takes your notes, the Galaxy Tab S6 Lite appears to offer a little more than what you could expect at this price point from Samsung.

Gadgets That Could Vanish In This Decade

If Not Married, With Whom Would Kapil Sharma Love To Be During Lockdown? –Watch