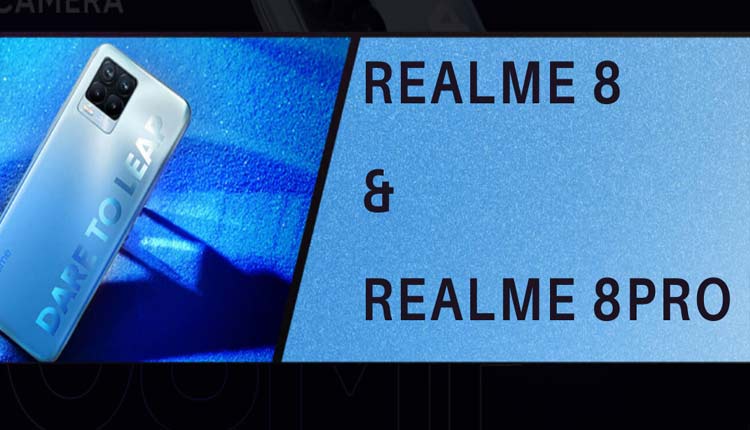 Capture Infinity! Now you can capture images with 108 MP camera, the world’s highest megapixel phone camera. Excited? Realme is launching its 8 series – Realme 8 and Realme 8 Pro in India on March 24, at 7.30 PM.

The company claims that it is the best ever camera on a smartphone developed by them. It has used the AG crystal process for the making of these phones.

Realme 8 and Realme 8 Pro come with a bold design and are super slim and light. Realme 8Pro weighs 179 gms.

Here is your chance to capture Infinity before anyone else! How?

The company tweeted regarding Infinity Sale, asking all to block #realme8 and #realme8Pro phones and avail Rs 500 coupon on http://realme.com.

8’s almost here!
Time to break boundaries and get closer to the infinity with the 108MP Camera of the #realme8Pro.

Launching at 7:30 PM IST, 24th March on our official channels.

What is Infinity Sale? This infinity sale started on March 15 and will last till March 22. Even before the stock is out, you can be assured of getting the two smartphones. You have to simply deposit Rs 1080 each for Realme 8 and Realme 8 Pro. You can pay till March 22. You can pay the remaining on March 25, a day after the launch. That’s not all, you also get a complimentary Rs 500 off coupon.

With this camera, you can shoot and capture infinite details in the night and in even low light. You can also create a tilt-shift time-lapse video. It means that you can shift or tilt the lens in front of the sensor. The output is 3 times higher than the 8K resolution. The images captured on the 108MP Infinite Clarity Camera on Realme 8Pro are so sharp, that even when 100% zoomed in, one can still see the minutest detail.

That’s not all! More fun has been added to Infinity. The company tweeted about the ‘Change 8 to win 8!’ Contest.

Change 8 to win 8! #Contest
Here is your chance to show your excitement for the upcoming #realme8series & win one of the phones.
👉 Visit our website
👉 Download the frame
👉 Apply it on your profile pictures
👉 RT & reply using #108MPCaptureInfinity https://t.co/Of61SgzbEP pic.twitter.com/42TJkg6yH3