WAIT IS OVER: Salman Khan Unveils The First Contestant Of Bigg Boss 14 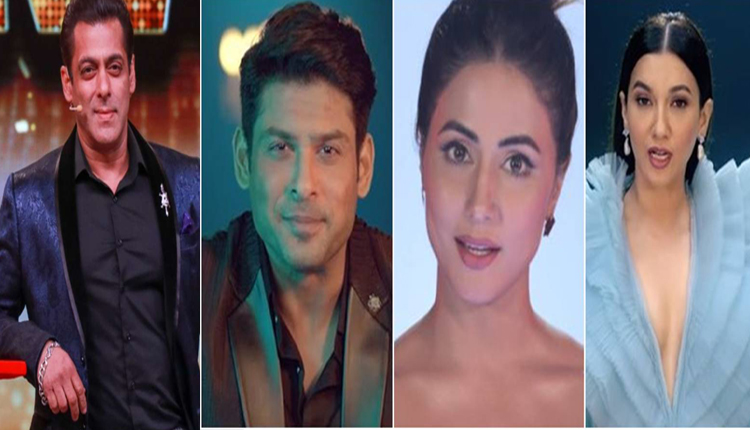 Bigg Boss is all set to roll out its 14h season and the makers have kept us on our toes about what’s going to happen this year. On Thursday, a virtual Bigg Boss 14 press conference was held where host Salman Khan revealed this season’s theme and the first contestant of the season.

Salman Khan was also joined by former Bigg Boss contestants like Sidharth Shukla, Gauhar Khan and Hina Khan who seem to have special powers this season which they will reveal later. The first contestant was unveiled today. Kumar Janu, who is the son of famous playback singer Kumar Sanu, was introduced by Salman. Sidharth was seen giving tips to survive in the house to Janu.

Salman addressed the rumours about Bigg Boss being scripted, which have tagged along with the show since the first season. The Dabbang actor who will be completing a decade with the show has rubbished the news and stated that even the biggest script writer of the country cannot script Bigg Boss. He added as everything changes within seconds because the contestants’ personalities are different. “How can one predict their responses to situation?” Bhai quipped.

During the launch, the superstar also addressed rumours and stated that the contestants aren’t allowed to leave the BB premises until evicted. “There is a misconception that contestants are allowed to come out of the house in between.  That is not true. The contestant only leaves the house when he/she gets eliminated. You cannot script anyone, neither Siddharth Shukla, Shehnaaz Gill, Hina Khan or Gauahar Khan,” he added.

Bigg Boss 14 will premiere on October 3 and will be based on the lockdown theme. Special precautions will be followed for the safety of crew members and housemates, everyone on the sets will undergo COVID tests. Also, the Bigg Boss house will be coming with special facilities like a theatre, gym, spa etc this team as for the audience to enjoy on screen all the things they missed out in 2020 lockdown.

Did we just see a spa, mall, theatre & a restaurant in the new #BB14 house? 😱 @BeingSalmanKhan #BB14PressConference #BiggBoss2020 pic.twitter.com/Rkm5Af0kel