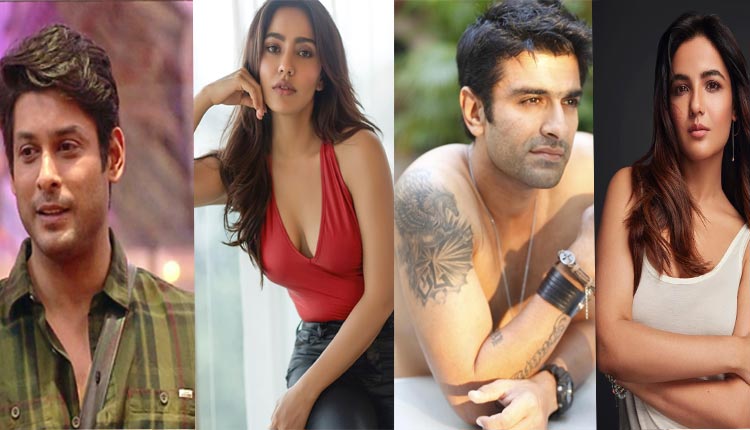 It’s that time of the year when India is glued to the television for four months. Yes! Bigg Boss 14 is here and just like every season the buzz around the BB 14 is huge. From ugly spats, politics to romance that goes on within the house, every season has levelled up from the last season in terms of controversy and rocking the TRP charts.

Like in the previous years, this year too. Bigg Boss 14 will be hosted by Salman Khan and will premiere on October 4.

Neha Sharma, who made her Hindi film debut with the Emraan Hashmi starrer Crook, has reportedly signed on the dotted lines to enter the house. It has been quite some time the audience has seen her on the big screen. She was last seen in a music video with Bigg Boss 13 winner Siddharth Shukla.

Eijaz Khan who is a popular face among the audience has also been in a number of controversies. The actor had admitted of dating actor  Anita Hassanandani at a point but had a break up when she caught her cheating on her. Now it will be interesting to see if the actor opens up about this inside the house too.

Spitsvilla participants entering the BB House is nothing new with names like Prince Narula and Priyank Sharma who hit the headlines while in the house. This year it’s Naina Singh, Spitsvilla winner turned popular soap actor who is going to raise the temperatures of the house this year.

Famous music composer/singer Kumar Sanu’s son Kumar Janu is all set to make his name by entering the house. According to reports, the makers were keen on getting Aditya Narayan on board this year too. However, the singer declined the offer and Kumar Janu replaced him.

Me : Babaai, let’s click a selfie. Dad : The last one was horrible, this time I’m ready *immediately opens jacket and suddenly looks 10 years younger* Me : Let’s not click a selfie…… Dad : No, I insist…. 😂😂😂

Pavitra’s entry is definitely going to catch the attention as she has been in a relationship with Bigg Boss 13 contestant Paras Chhabra. However, the two had an ugly breakup which was the talk of the house last year. She began her career through Splitsvilla and went on to become part of shows like Yeh Hain Mohabbatien, Naagin 3, BaalVeer, and Kavach.

Naagin 4 actress and Instagram Fashionista Jasmin Bhasin, who was recently seen in Khatron Ke Khiladi -Made In India, will also be participating in the controversial show this year. Though the actress always maintained that she is not fit for the show, but seems she has decided to challenge herself.

Remember the ‘Lucky’ girl who looked like Aishwarya Rai doppelganger and featured opposite Salman Khan? She has been away from the limelight for quite several years and now will finally be making a comeback on the show this season.