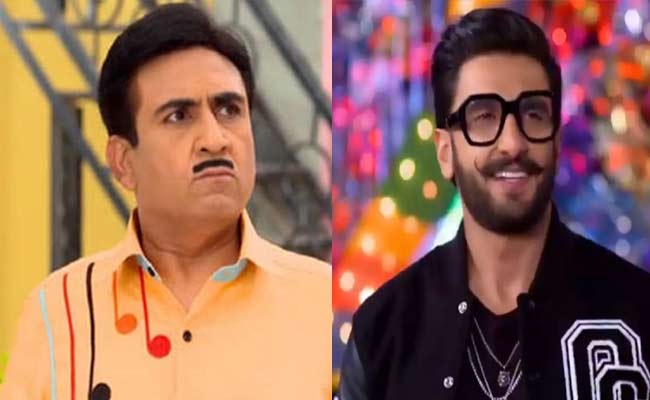 “Taarak Mehta Ka Ooltah Chashmah”s Jethalal is a popular character. Played by Dilip Joshi, an outstanding Gujarati actor Jethalal’s character is the single-most personality that adds more entertainment value to every scene that he portrays. Post the step down by the lead actress Disha Vakani as Daya from the show it has been Jethalal’s role that has managed to keep the viewers glued to the show and its TRP rankings continue to be in top 10.

Jethalal And His Shirts Are An Attraction

Apart from the excellent acting by Dilip Joshi, the dresses, especially the shirts that he wears as Jethalal also attract a lot of attention. Gokuldham, the place where all these characters from the “Tarak Mehta Ka Ooltah Chashmah” live and where all the drama occurs, celebrates all the Indian festivals be it Baisakhi, Navratri, or Ganapati Festival. And for every occasion, the characters dress in an exclusive outfit and dresses.

Jethalal has a special fetish for wearing designer shirts and good dresses and many times these dresses are not typical and are way out of the box. From his Kacchi dresses, western outfits to regular shirts, Jethalal has a distinct style and way of dressing. Be it the shirt that he wore during kite-flying in Bachao to his Ganapati shirt during Ganesh Festival, the dresses of Jethalal started a new trend among people who love to wear their hearts on sleeves.

He has a special designer Jitubhai Lakhani who is a real person with a shop in NV-2, Mumbai. Needless to say, Dilip Joshi aka Jethalal can be said to be the trendsetter in the television industry who started the fashion of wearing bizarre and sometimes classic shirts, and other traditional dresses.

Dilip sir with Jitu vai Lakhani ,who designed all the colourful shirts of #jethalal …He is the owner of the shop NV-2 ..located in Mumbai..??
.#DilipJoshi #dilipjoshifc #dilipian #dilipjoshiverifiedontwitter@dilipjoshie pic.twitter.com/J3YOdimuJT

The Ranveer And Jethalal Connection

The same is true with the Bollywood superstar Ranveer Singh who is known for his colorful dressing style. Many of the dresses and outfits of Ranveer are bizarre but the energy and aplomb with which the “Gully Boy” actor carries it makes all the difference.

Even fashion designers from the B-town believe that if they have to experiment in dress designing, Ranveer Singh is one of the few actors who can take up the challenge.

You May Also Like: After Ad, Will Mahesh Babu & Ranveer Singh Collaborate For A Film?

Ranveer Singh as a Chameleon a thread pic.twitter.com/uZQVQZJrPx

“I feel Ranveer Singh and Ayushmann Khurrana would do complete justice to my clothes and prints. They both have a particular confidence in their sexuality and style which is brave, edgy yet relatable!”- Designer, Ashly Noronha pic.twitter.com/5bjxe9WAUz

Many believe that Ranveer Singh has taken this inspiration of dressing out of the box from “Tarak Mehta ka Ooltah Chashmah,”s Jethalal. Just as Jethalal is popular and is known for his acting as well as special dresses, similarly Ranveer never fails to attract attention with his work as well as with the way he dresses. Rather fans expect that Ranveer and Jethalal will continue to experiment with their dressing styles and entertain their audience both with excellent acting as well as a hatke style.