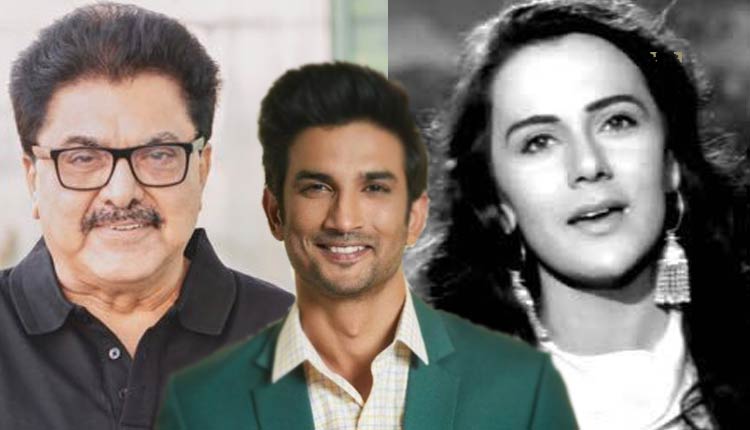 Mumbai: Filmmaker Ashoke Pandit took to his Twitter handle to share how Sushant Singh Rajput’s mysterious death reminds him of ‘Heer Ranjha’ actor Priya Rajvansh’s death. Why you may wonder? It is because Priya Rajvansh’s death was earlier written off as suicide and later it was established that she had been killed by Chetan Anand’s children and two other accomplices over a property dispute.

#SushantSinghRajput’s death case takes you back to the mysterious death of actress #PriyaRajvansh in the year 2000, which initially was declared as suicide but later turned out to be a murder. pic.twitter.com/6x51sTHkGi

Friends’ Chandler aka Matthew Perry Gets Engaged to Molly Hurwitz, Know Who Is She

Priya Rajvansh, a close friend of filmmaker Chetan Anand, was found dead in the bungalow on March 27, 2000. Rajvansh is best known for her work in ‘Heer Ranjha’ and ‘Hanste Zakhm’.

In an exclusive interview with Republic TV‘s Editor-in-Chief Arnab Goswami, Ankita Lokhande revealed how she and Sushant had been through worse situations in life, and that ruling his death as suicide did not sit right with her.

“I want to tell everyone. Sushant is not the kind of guy who would be in depression. I and Sushant have faced worse situations in life. I don’t know what position he was in, but after a certain time, I tried to understand how you can just pass off his death as a suicide in just 15 minutes? As far as I know Sushant, he is not a depressed guy,” she said.

Bihar Police has sent a 4-member team to Mumbai to further investigate the late actor’s death case, after Sushant Singh Rajput’s father filed an FIR against the late actor’s girlfriend Rhea Chakraborty and 5 others. The Bihar Police team has assured that everyone’s statement will be recorded as per the FIR lodged by Sushant’s father. This came shortly after Bihar CM Nitish Kumar gave a nod to the police to register the complaint against some allegedly ‘big names’ and go forward with the probe.

Meanwhile, Rhea Chakraborty has filed a petition in Supreme Court seeking transfer of the FIR, lodged against her in Patna to Mumbai in connection to Sushant Singh Rajput’s death saying that she has been ‘falsely implicated in the case.’

Friends’ Chandler aka Matthew Perry Gets Engaged to Molly Hurwitz, Know Who Is She