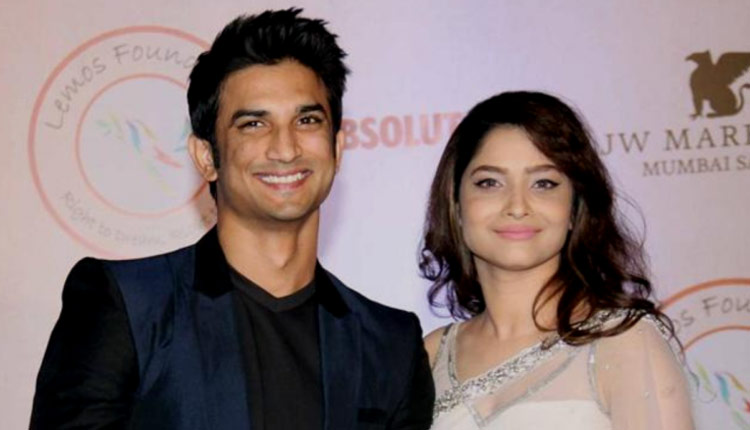 Sushant Singh Rajput’s ex-girlfriend Ankita Lokhande posted a cryptic tweet on Wednesday seemingly in the context of the ongoing investigation into the late actor’s unfortunate demise last month. She wrote the words “truth wins”, with the largest most pertinent development preceding her post being the explosive revelations made by Sushant’s family on Tuesday through an FIR against his most recent girlfriend Rhea Chakraborty.

Prior to his Bollywood debut with Kai Po Che! in 2013, Rajput was a TV star courtesy his hit daily soap Pavitra Rishta, which aired from 2009 to 2014. The actor was paired opposite Lokhande in the show and the two even went on to have a long-term relationship. They parted ways in 2016.

Ankita had also voiced solidarity with the fight for justice for Sushant by lighting a diya (lamp) for the late actor and calling him “Child of God” in her post on July 14, commemorating one month of the Bollywood actor’s unfortunate demise.

Sushant’s family has also joined the movement for seeking justice as his sister posted a picture of the memorial corner made for Sushant in their house and wrote, “If truth doesn’t matter, nothing ever will! #justiceforsushantsinghrajput”

If truth doesn’t matter, nothing ever will! #justiceforsushantsinghrajput

In the latest development to the Sushant Rajput’s death probe, on Tuesday, the actor’s father has filed a complaint against Rhea Chakraborty in Rajiv Nagar Police station in Patna. The FIR has been lodged against the actor’s girlfriend, Rhea Chakraborty under Sections 340, 342, 380, 406, 420, 306 of the IPC, which includes ‘abetment of suicide’. Five other persons have also been booked under charges such as ‘abetment to suicide, cheating, and conspiracy’.

Deep Depression To Intensify Into Cyclonic Storm; Alert For…

Railways Get Environmental Clearances For Mumbai-Ahmedabad…

Gauahar Khan To Tie Knot With Beau Zaid Darbar This…

Canada Will Always Be There To Defend The Right Of Peaceful…