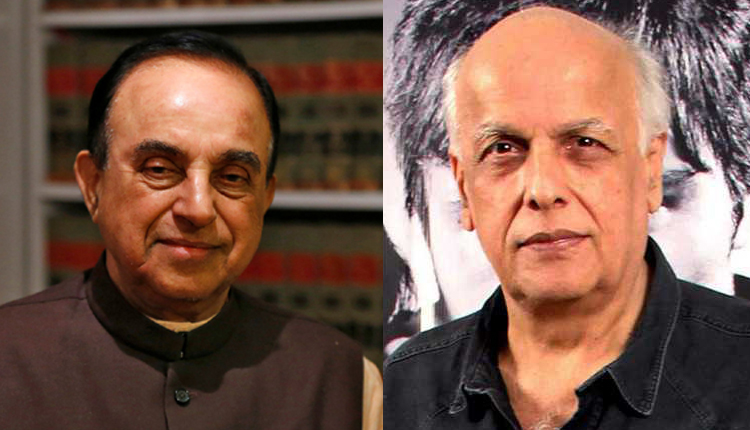 “Has Cinema Dada Mahesh Bhatt converted to Islam and taken name of Ashraf Butt? If not please ask him to correct the police records,” Swamy tweeted on Wednesday.

Has Cinema Dada Mahesh Bhatt converted to Islam and taken name of Ashraf Butt? If not please ask him to correct the police records

Swamy has been leading a campaign to get justice for actor Sushant Singh Rajput, who was found dead on June 14. Mahesh Bhatt has been questioned by Mumbai Police during investigation pertaining to the case.

In another tweet, Swamy stressed on the importance of fighting the narcotic menace in society.

“Fighting narcotics in society including Bollywood is a national security matter which when brought to the knowledge of PM, he must make take a call. Of course after the Boston experience of Fmr President of Congress, Congi hacks should be nervous,” he tweeted.

Earlier, Swamy pointed a finger at the role of Mumbai Police and Bollywood in the death of Sushant Singh Rajput.

“For day 1 (July 9) I had said Sushant was murdered, that CBI inquiry should be instituted because Mumbai Police was complicit, and that Dubai is involved. I have been vindicated Now the Bollywood Cartel remains to be identified and made as ‘accessory before the murder’,” Swamy tweeted last month.

Subramanian Swamy: Sushant Singh Was Murdered As He Was ‘Too Talented To Handle’