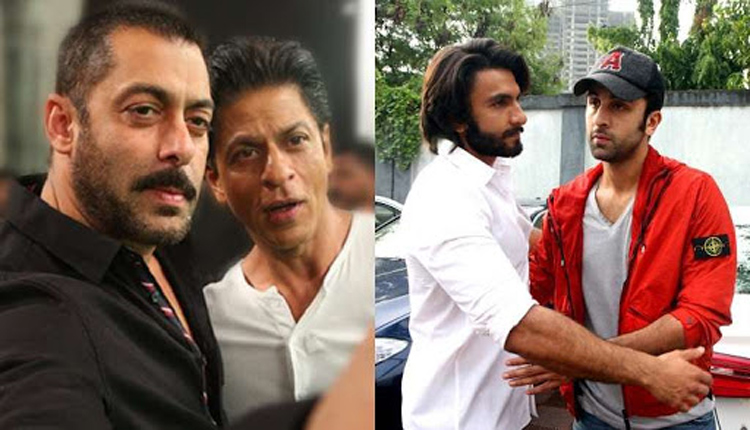 While the coronavirus wave is still going strong, the Bollywood industry is slowly getting back to work. Akshay Kumar’s ‘Bell Bottom’ was the first film that resumed shoot post the shutdown. Now the four Bollywood biggies are also all set to resume the shoot.

With all the big-scale productions being shut due to the pandemic, this Diwali is all about smalls films. But much to the delight of the fans, Shah Rukh Khan, Salman Khan, Ranveer Singh, and Ranbir Kapoor will also be seen on the screen soon as they are back to sets.

Shah Rukh Khan, who was missing from the big screen for quite some time now, will start shooting for YRF’s ‘Pathan’ alongside Deepika Padukone. John Abraham will be playing the villain and Salman Khan also has a cameo in the film.

Salman Khan, who took the longest break of his career this year, didn’t even have an Eid release this time. Sallu Bhai is all set to be back with a bang as he has started to wrap up his highly anticipated ‘Radhe’, after which he will start shooting for ‘Antim’.

With back to back hits, Ranveer Singh’s career was going God’s speed until it hit the pandemic roadblock. The star is wrapping up shooting for ‘83’ where he will be seen as Kapil Dev. After this, he will start working for Rohit Shetty’s comedy ‘Cirkus’ post-Diwali.

Back from his three year-long hiatus, Ranbir Kapoor has massive releases lined up like Shamshera and Brahmastra. While he has wrapped Shamshera already after shooting for it for three years, Brahmastra will be wrapped this January. He will be soon moving on to start Luv Ranjan’s comedy alongside Shraddha Kapoor for the first time.

As the industry is back to work again, the professionals and audience can celebrate Bollywood’s return from the interval.