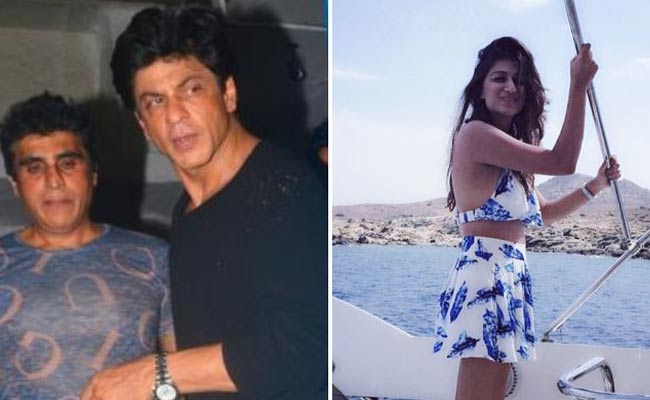 Shah Rukh Khan’s closest friend and Bollywood’s leading producer Karim Morani’s house has been quarantined after his daughter Shaza Morani tested positive for COVID19 a day ago. The news has triggered panic in Bollywood as Karim is quite a big name in the B-town and most of the movies of the Badshah Khan including “Ra One” has been funded by him.

Incidentally, his daughter Shaza has also played a key role of assistant director in two Hindi movies “Happy New Year” and “Always Kabhi Kabhi” and is close to many big names in the B-town. It is quite possible that before the lockdown she came in contact with many leading names in the Hindi film fraternity which can lead to the spreading of the deadly virus among Bollywood stars. The Mumbai officials have already started tracing the people with whom Shaza came in contact in the last 15 days or so.

Did Shaza Pick Up The Virus From Sri Lanka?

According to reports, Shaza went to Sri Lanka on vacation in the first half of last month and returned to her base in Mumbai on March 13. For around a week or more before the lockdown was imposed she mingled with her friends and relatives as usual because she had no symptoms of the coronavirus. Out of these, a few people are also from the film fraternity. After around nine days, Shaza developed the common symptoms of cough and sneezing and now has been tested positive for COVID19.

Reports about the people who came in contact with her have not been unveiled yet. But the Morani family has already notified people who personally met Shaza or her family members in the last few days to make them aware of the serious possibilities. It should be noted that the Morani family lives in one of the best and posh localities of Mumbai where most of the big names in the B-town including Amitabh Bachchan and Anil Kapoor have their homes.

Shaza has now been admitted to the Nanavati Hospital for treatment and the authorities in Mumbai will be testing all her family members for COVID19 very soon.