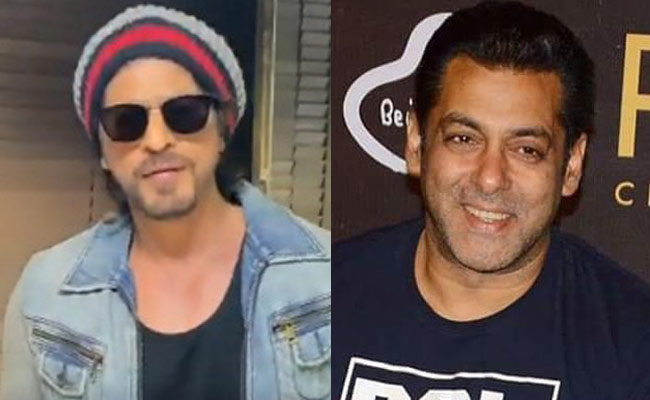 Mumbai: Bollywood superstar Shah Rukh Khan and his wife Gauri have offered their four-storied personal office space to Brihanmumbai Municipal Corporation (BMC), to be utilised as quarantine facility for women, children and the elderly. This comes at a time when the nation along with the rest of the world is battling the deadly COVID-19 pandemic.

Thanking the Bollywood superstar and his wife for their act of generosity, BMC shared on social media: “#StrongerTogether We thank @iamsrk & @gaurikhan for offering their 4-storey personal office space to help expand our Quarantine capacity equipped with essentials for quarantined children, women & elderly. Indeed a thoughtful & timely gesture! #AnythingForMumbai #NaToCorona.”

The superstar’s decision to donate his office comes just a couple of days after he made huge contributions to the government to aid the battle against the COVID-19 pandemic.

SRK, through his IPL franchise Kolkata Knight Riders (KKR), has committed to contribute to the PM-Cares Fund. Through his film production banner, Red Chillies Entertainment, he will give to the Maharashtra CM’s Relief Fund.

The superstar has also pledged Personal Protective Equipment (PPE) for healthcare providers and workers in Maharashtra and West Bengal.

SRK’s Meer Foundation along with the foundation Ek Saath will provide daily food requirements to over 5500 families for at least a month in Mumbai. Meer Foundation is also collaborating with Roti Foundation to provide meals to underprivileged people and daily wage labourers.

WB CM Mamata Banerjee thanked Shah Rukh for his contribution made for assisting the distressed people amid the lockdown while SRK replied her in a poetic way.

Aami Kolkata, we believe…
“I slept and dreamt that life was joy. I awoke and saw that life was service. I acted and behold, service was joy.”
– Rabindranath Tagore https://t.co/CqVtaS8o0D

Meanwhile, Delhi CM Arvind Kejriwal thanked SRK for his kind gesture and contribution towards the cause and SRK replied him on Twitter.

Meanwhile, Bollywood superstar Salman Khan has kept his promise by depositing money into the bank accounts of the crew of his forthcoming movie “Radhe: Your Most Wanted Bhai”, Despite shoot being stalled owing to the pan-India lockdown.

Money has been deposited into the accounts of all workers who were supposed to be part of the unit between March 26 and April 2.

Confirming the news, makeup artist Subhash Kapoor told news portal Spotboye: “What a great thing to do. I thank Salman sir from the bottom of my heart. Times are so tough.”

Salman’s gesture follows his decision to extend help to 25,000-odd daily wage workers of the film industry whose lives have been affected by the lockdown.

Read More: COVID-19 Fight: Support Pours In From Many Quarters For PM-CARES Fund

COVID-19 In India: Coronavirus Outbreak And Control Measures Till April 4

Bigg Boss 14: Secrets To Last In The House Shared By Ex Contestants Will Leave You…