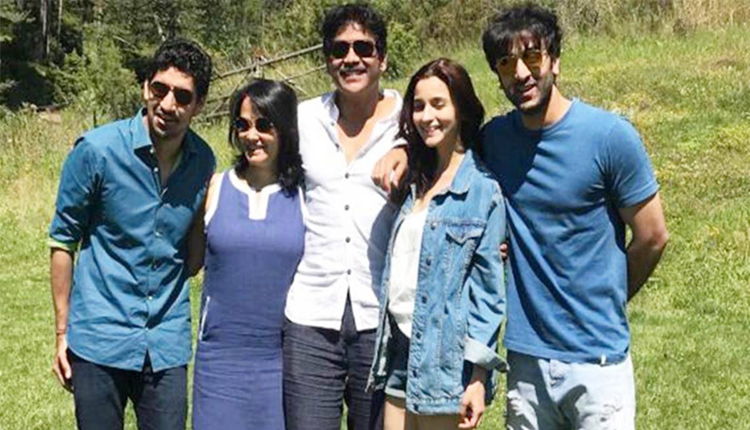 Ayan Mukherjee’s magnum opus ‘Brahmastra’ has already faced a number of hurdles since the film’s shoot came to a halt due to the pandemic. The release was delayed by months as the star cast couldn’t wrap up the film even after 183 days of shooting. But now, it seems like the film is finally back on track as the main crew has reunited to kick off the final shoot schedule.

According to reports, rumoured couple Alia Bhatt and Ranbir Kapoor have reunited with South superstar Nagarjuna and Mouni Roy for the last leg of shooting. After this, 10 days shoot schedule, the makers will be filming two songs in 2021 after the pandemic situation improves as the song will be shot on a larger scale.

In the last eight months of lockdown, when the shooting came to a halt, director Ayan worked on the film’s visual effects and other production-related aspects. A whopping amount is reportedly being spent on visual effects of the period drama. The logo launch of the movie, which was released earlier, also was heavy on effects.

The movie is highly anticipated as the fans will see Alia and Ranbir sharing the screen for the first time in Brahmastra. While Ranbir Kapoor will be seen playing Shiva, Alia will be playing his love interest. Nagarjuna will be making a comeback to Bollywood in a pivotal role in the movie.

The star-studded cast also consists of Amitabh Bachchan and Shah Rukh Khan who will be seen in cameo roles. While the film was set to release in December 2020, the makers are now eyeing a theatrical release for this massive project sometimes in 2021.

Rashmika Mandanna Joins Vijay Deverakonda At His Home For Celebration