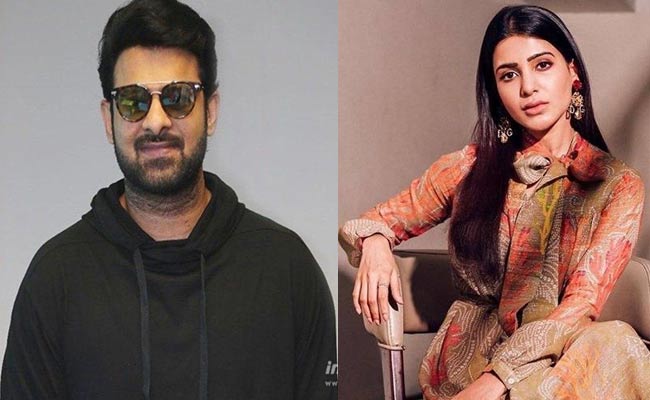 Rumours and speculations are part of celebrities’ life. Since they are constantly in the limelight everything from their professional to personal life gets highlighted. That is why it is very difficult to differentiate between a rumour, speculation and the truth. Prabhas and Samantha Akkineni are both superstars of the South Indian film industry and are regularly hounded by the fans and paparazzi. Prabhas being the most eligible bachelor in Tollywood, rumours about his affair and marriage keeps on circulating regularly.

Prabhas Gives In To Family Pressures?

From the last couple of years, Prabhas has been regularly linked with his “Baahubali” co-star Anushka Shetty. Apart from the two Rajamouli super blockbusters, Prabhas and Anushka have also acted in several other films. However, both the superstars have constantly denied being in a relationship. Rather Prabhas even said a couple of weeks ago that if he was involved with the “Nishabdham” actress in any way, the two would have been sighted together somewhere.

Earlier the rumours were that Prabhas will be getting married after the release of “Saaho.” But according to the latest gossips, the superstar is all set to enter into an arranged marriage after the release of his upcoming movie “Jaan” with Pooja Hegde. Now if the sources are to be believed, Prabhas will get married to a bride selected by his family, especially his aunt Shyamala Devi.

Although Shyamala Devi has hinted that Prabhas is planning marriage soon after the release of “Jaan,” she has not revealed any information about the bride. “Jaan” is a romantic period drama and currently Prabhas is busy shooting for the same. There is no official confirmation about the release date for “Jaan” but some news sources have quoted that it may release sometime in October 2020 as 23rd October is the birthday of Prabhas.

South Indian superstar Samantha Akkineni is married to Naga Chaitanya and fans are just eager to see their favourite actress getting pregnant and have her first child with her husband. Recently when the “Ye Maaya Chesave” actress walked out of a mega-project starring Vijay Sethupathi and Nayanthara in the lead, rumours went adrift that Samantha is not doing any more movies as she is pregnant.

Instead of refuting the rumours directly, Samantha just quelled them by hitting the gym and lifting 100 kilos weight. The popular South Indian actress is a fitness freak and keeps on sharing her gym and fitness sessions regularly on her social media account. Since Samantha has continued with her weightlifting routine at the gym, it is a clear indication that she is not pregnant and all these are just rumours.

In her post, Samantha wrote, “Nice to meet you again my old friend… 100 kgs sumo deadlift.” Even then there are a few fans who believe that the video is old and Samantha has uploaded it just to divert the focus of media and her fans.

Coronavirus cases climb to 107 in India