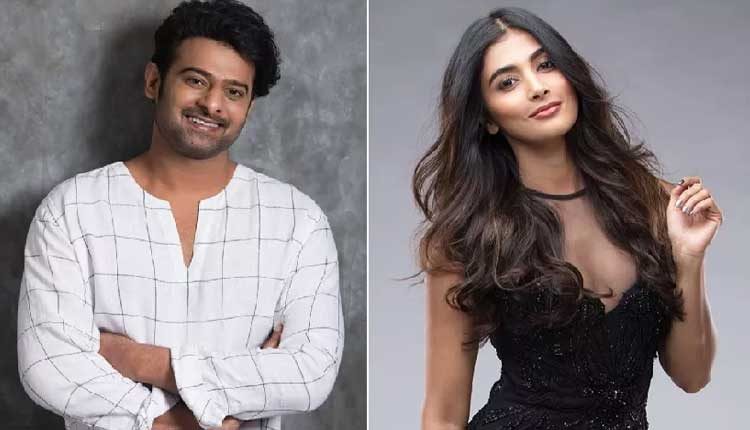 Prabhas has now started shooting for his next romantic movie “Jaan” in which he is paired opposite “Mohenjo Daro” fame actress Pooja Hegde. After the massive success of action thrillers “Baahubali” and “Saaho,” the actor returns to the romantic genre with this KK Radha Krishna Kumar movie. Fans are eagerly waiting to see Prabhas once again romancing his actress on the screen.

Produced by Gopi Krishna Movies and UV Creations, most of the shooting of “Jaan” will be carried out in Mumbai, Hyderabad, and Europe. The period love story recently wrapped up its 3rd schedule and the director praised production designer Ravinder Reddy for the massive sets. Since Pooja Hegde and Prabhas are teaming up for the first time, the former beauty pageant contestant is happy shooting with the Telugu superstar.

Prabhas Is Considerate & Chilled Out

The actress recently revealed that she is enjoying working with Prabhas. Pooja said, “Prabhas is always chilled out, he is so considerate. He not only loves to eat but also loves to feed. His cook brings us lip-smacking meals on the set.” Now that is just wonderful for any co-actor who gets to work as well as enjoy at the same time. Prabhas is a known foodie and had the opportunity to gorge on his special protein-rich meals while bulking up for “Baahubali.”

But now he is back to being lean and fit for his upcoming venture. Last seen in “Saaho” Prabhas received a standing ovation in London when “Baahubali” was screened at the historic Royal Albert Hall in October last year.

However, his last release “Saaho’ failed to meet the expectations of the fans although it was declared a hit. On the other hand, Pooja Hegde had two recent hits on her name “Housefull 4” in Bollywood and “Ala Vaikunthapurramloo” with Allu Arjun in the lead. Both these movies have crossed the 200-crore mark and hence have established Pooja as one of the upcoming leading actresses of the Indian film industry.

Nick Jonas Trolled For This Reason During Grammy Gig