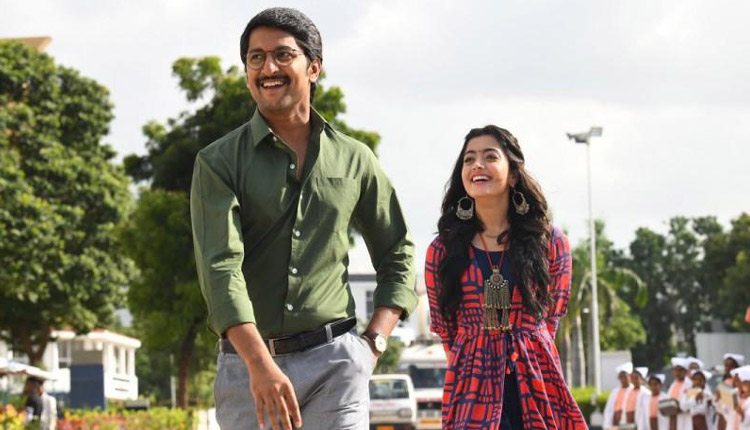 The Karnataka Crush Rashmika Mandanna is one of the most popular and sought-after stars in South with her sincere performances and striking screen presence. While the fans wanted Rashmika and Vijay Deverakonda together after their sizzling chemistry on reel, seems like they will have to take some time as instead of the rowdy actor, it is the natural star who will be paired with her next.

The latest buzz doing the rounds is that Rashmika is all set to romance Nani in his next movie.

According to reports, the natural star Nani is going to appear in a period drama. If the duo is finalised then the movie will mark the second collaboration between the Geetha Govindam actress and the Jersey star.

Earlier they were seen in the multi-starrer Devadas which featured Nagarjuna and Aakansha Singh as the lead.

Meanwhile, the Dear Comrade star is going in busy phase on the work front. She will soon be seen in the Kannada biggie Pogaru, which features her as the leading lady opposite Dhruva Sarja. Rashmika is also gearing up to make her Kollywood debut with Karthi’s Sulthan.

On the other hand, Nani was last seen in V that released directly on Amazon Prime Video amid the pandemic. He will be seen in the upcoming Tuck Jagadish, co-starring Aishwarya Rajesh and Ritu Varma.