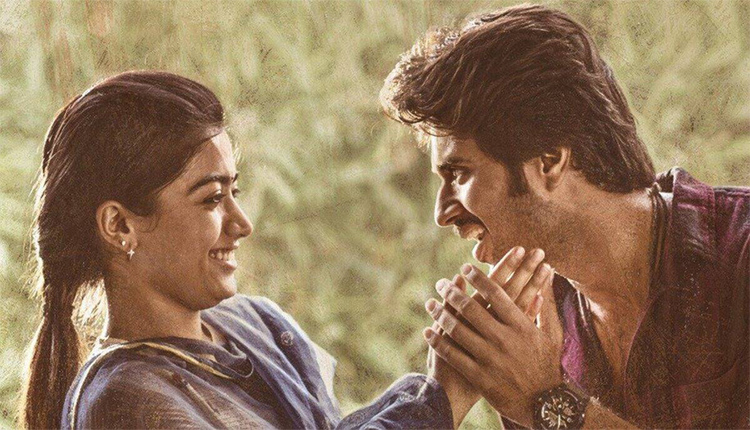 Vijay Deverakonda is officially the heartthrob of this country while Rashmika Mandanna is one of the most loved actresses in the South Indian Industry. It has been quite some time that rumors surrounding him and Rashmika have been hitting the headlines.

And looks like this one rumored couple will remain right at the centre of all rumors for some more time now.

Be it Geetha Govindam or Dear Comrade, their sizzling on-screen chemistry led some fans went on to believe that such chemistry is only possible when the duo is dating in real life.

Not long ago, in an interview, Rashmika Mandanna had revealed that Vijay Deverakonda is the one who helped her in recovering from her breakup with ex-boyfriend, Rakshit Shetty.

She had said, “I was recovering from my breakup with Rakshit Shetty. I needed comfort and care, which I found in Devarakonda. I was struggling to cope up with my emotions, and it was he who lifted my spirits. He was the one who made me understand that there was a different world outside, waiting for me to embrace.”

Earlier, Vijay Deverakonda had revealed that even if he is in a relationship, he will prefer to keep it a secret with his family and friends only.

The duo has been refuting dating rumors for quite some time now, but only time will tell the truth. For now, one thing we are sure of is that Vijay and Rashmika do share a special friendship.

Vijay Deverakonda is currently gearing up for his entry with ‘Fighter’ which has Ananya Pandey playing the female lead while Rashmika Mandanna is going to debut in Kollywood with Karthi’s Sultan.