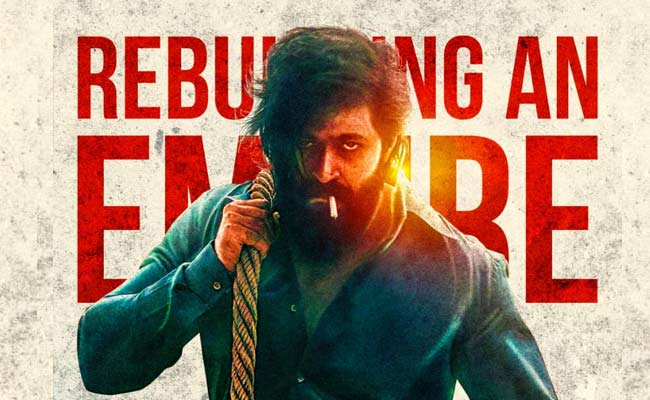 KGF-2 is one of the top 10 most anticipated releases of 2020. Scheduled to release on October 23 this year, the movie may get released very late in 2020 or may hit the theatres in 2021. Of course, this is disappointing news for KGF fans but since no shooting or movie-related work is possible during lockdown there is no other option but to wait for everything to come to normalcy.

Incidentally, no one knows how COVID-19 will backfire even after the lockdown is lifted which is why the film industry is expected to tread slowly when it comes to shooting scenes as it brings hundreds of people in close contact with each other.

Lately, there is a trend of sequels in the Indian film industry. Similar to Baahubali, Dabangg, Race, Golmaal, Singham, and many more franchises have enjoyed success. The first part of KGF was hugely successful and hence fans are expecting another hit from the team. KGF-1 is a story of a kid who grows up with a dream of ruling the underworld and succeeds in doing that albeit in a Robinhood style. He becomes a gangster but has a good heart. Yash who played Rocky the lead character enters into a world of exploitation and finally ends up killing the main person who is behind the delusional gold mine breakout.

Now fans want to know what Yash aka Rock will do in KFG 2. The production house of the movie is yet to declare any delay in the film’s release and hence fans can still expect the sequel to release on time. But the team has already made clear that the trailer will not come out soon enough due to the current situation.

#KGFChapter2 teaser wont be anytime soon. Closer to the release we will have a trailer and a trailer with a bang. So stay home and stay safe now. Lets move ahead.

According to reports, the work on KGF-2 has been almost complete and the team was confident of winding up everything by August 2020 which is why they decided to release it in October. So they still have a couple of months left to wind up the remaining work so that the sequel can be released as scheduled. But due to unpredictability brought in by COVID-19, it seems difficult that things will progress smoothly in the days to come.

Then how Tamil hyped movies touching 20 crs? In case of KGF Chapter 2 hype is phenomenal among youth & ofcourse bigger than normal Tamil biggies, so initial days will be the key. If the Distributors charted well in the initial days then the first weekend will be huge…!

The production house may have to reschedule the release date due to screening issues as theatres may not open immediately after the lockdown is over. Also, there is a strong chance that production houses may not want to have back to back releases as it can affect their box-office collection.

Thunder, hailstorm to batter Odisha during next 48 hours!