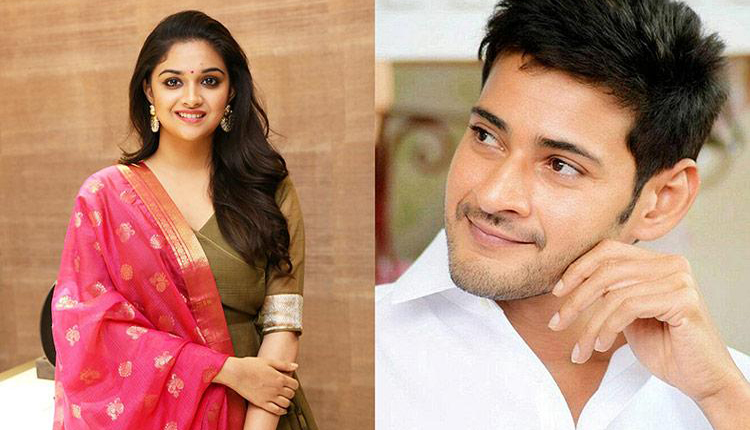 South’s powerhouse Keerthy Suresh turns 28 today and wishes have poured in across the country on her birthday.

On this occasion, Telugu superstar Mahesh Babu revealed that Keerthy Suresh has been roped in to play the female lead in his upcoming film, Sarkaru Vaari Paata. This will be the first time that the duo will be sharing screen space together.

Mahesh Babu took to Twitter to share birthday wishes for Keerthy and welcomed her on-board. Sharing an image of the actress on Twitter, Mahesh wrote, “Team #SarkaruVaariPaata welcomes you aboard!! Will make sure it’s one of your most memorable films Have a great one !!”

Here’s wishing the super talented @KeerthyOfficial a very happy birthday!! Team #SarkaruVaariPaata welcomes you aboard!! Will make sure it’s one of your most memorable films💥💥💥 Have a great one !! 😊😊😊 pic.twitter.com/MPzEWc0uGE

Thank you so much Mahesh Babu sir🙏

Keerthy Suresh, who won the national award for her role as actress Savitry in the Telugu biopic Mahanati will also be seen next in films like Good Luck Sakhi and Rang De.