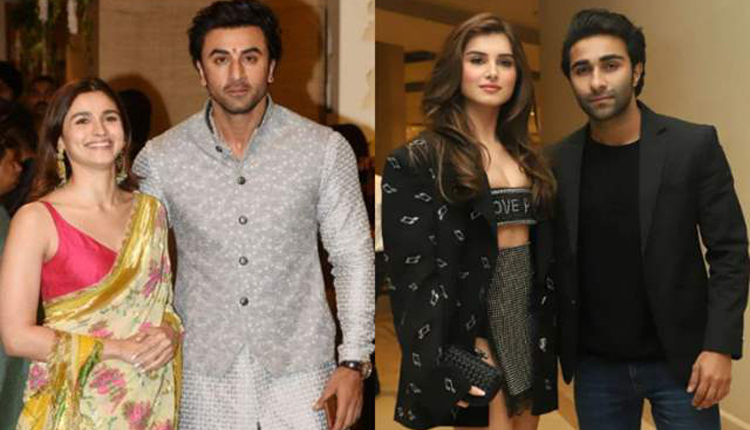 Everyone is waiting for the Big Fat Kapoor wedding where Ranbir and Alia will finally tie the knot after much speculation. And there will indeed be a wedding in the family in 2021 but it’s not the much-awaited Bhatt-Kapoor wedding.

According to Spotboye sources, it is Ranbir’s younger brother, Aadar Jain who seems to be getting hitched soon.  While Ranbir Kapoor and Aadar are not only cousins but also close friends when it comes to marriage the two Kapoor sons think differently. While Ranbir is not ready for an official commitment with his girlfriend Alia Bhatt yet, Aadar is all set to make it official with beau Tara Sutaria.

“Aadar is all set to marry his girlfriend Tara Sutaria. They are committed for keeps  and  would  like to tie the  knot at the earliest.” The source from the Kapoor clan adds, “For whatever reason, Ranbir is not ready yet to get married(to Alia). His cousin Aadar wants to marry Tara at the earliest. There is no hurdle to Aadar getting married in spite of  the fact that his career has still not taken off and  Tara Sutaria’s career  has just taken off.”

Ever thine, ever mine, ever ours! Happy Birthday to my favourite person @aadarjain 🖤

On the work front, Aadar made his debut in Bollywood with Qaidi Band, while Tara Sutaria was seen in Student Of The Year 2 and Marjaavan last year.