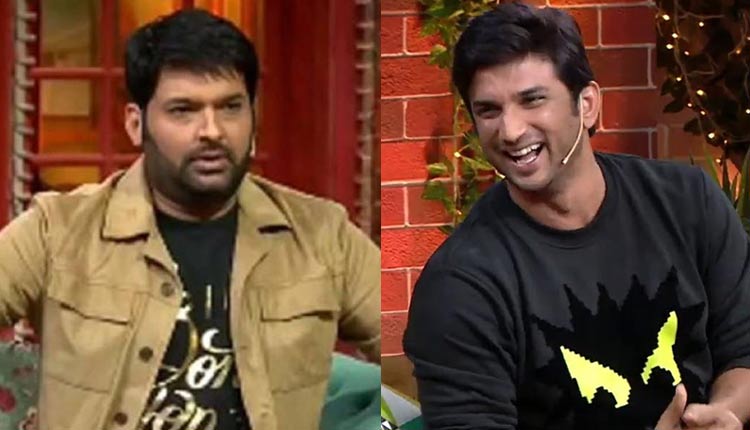 Kapil Sharma has a good connection with almost all the stars in Bollywood and he keeps on sharing, retweeting, and commenting on the posts of these celebrities. The famous Indian standup comedian like all the other stars paid his condolences on the death of Sushant Singh Rajput but has remained mum all through the debate around nepotism amid pressures. He has preferred to stay away from speaking against any of the celebrities who allegedly led him to commit suicide.

Kapil Sharma Hits Back Savagely In His Usual Desi Way

A couple of days ago during a raid in Kanpur at the residence of criminal Vikas Dubey, 8 policemen lost their lives whereas a few were injured. The policemen who were shocked by the unexpected attack killed 2 criminals. A couple of hours ago in his tweet, Kapil Sharma penned, “I will not say Rest In Peace because I know they will not until we find the culprits n kill them. More power to u @Uppolice just find them n kill them that’s it.”

I will not say Rest In Peace because I know they will not until we find the culprits n kill them 🙏 more power to u @Uppolice jus find them n kill them 🙏 that’s it 💔 https://t.co/WmbRiyo28I

It was a way of Kapil to offer gratitude and homage to those who sacrificed their lives doing their duties. But somehow, this did not go down well with one of the fans of Sushant Singh Rajput who wrote, “Gyaanchand. Sushant Singh Rajput ke liye bhi tweet karo ya pichwaada phat gaya… “. Not to take such abusing lightly, Kapil first civilly responded to him and with his next response hit back in his usual desi style giving the troller a befitting reply.

Many users have alleged that Kapil has refrained from saying a word against any of the celebrities whose names have been dragged in the Kedarnath actor’s death because Salman Khan is the producer of his show.

But the problem is you didn’t tweet for Sushant Singh Rajput …. because probably @BeingSalmanKhan is producing your show… you tweet when anyone passes away .. not for him … You were my idol … still are and i know you are brave …. its just sad …

Social media users trolling celebrities is not a new thing and many times they do not respond or take it lightly. But after the controversial death of Sushant Singh Rajput and the constant allegations that have followed, many celebrities have now become hypersensitive to such comments and a few of them have even turned off their comment section.