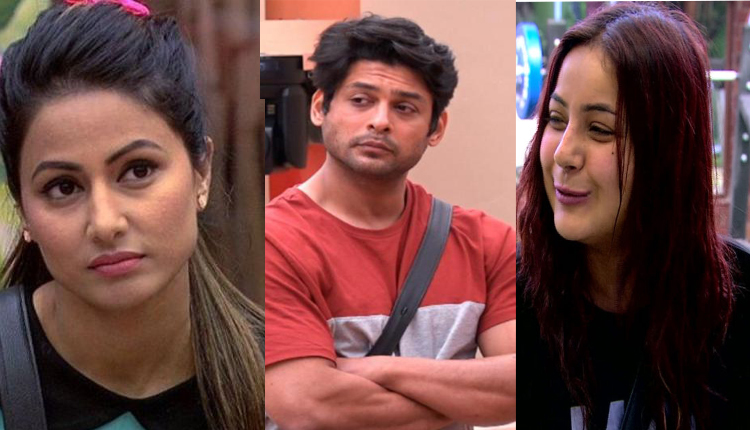 Popularity of Sidharth Shukla is on the peak since he won the last year title and fans are going gaga about the latest promo. The video is trending on Twitter already.

In the video these popular contestants, Sidharth, Hina and Gauahar talk about their winning strategy in the house and give us a peek into their personality which we witnessed while they were locked up in BB House.

Talking about their journey in the house and the facing the lockdown,  Sidharth is seen talking about doing what he feels right even if he is alone while Hina shares she never spared anyone who caused her grief to be the winner without the trophy.

They join Salman Khan to promise a thrilling ride as this year’s season is going to be very different from what we have seen earlier.

Bigg Boss 14′ promises ‘Ab Scene Paltega’  and the show is going to a befitting reply to the year 2020 according to our favourite ex-contestants in the video. The question of how and what is different is already making the fans more anticipated.

According to reports, audience’ favourites Siddhart Shukla, Hina Khan, Shenaaz Gill and others who have been part of the BB House will be seen flagging off the season this year with Salman Khan.

Bigg Boss is all set to premiere on October 3. The channel has already been sharing memes and videos to tease the fans about what they can expect from the new season.

The Kapil Sharma Show To Host Mahabharata Actors Next; Here’s How You Can Send Questions For Them!