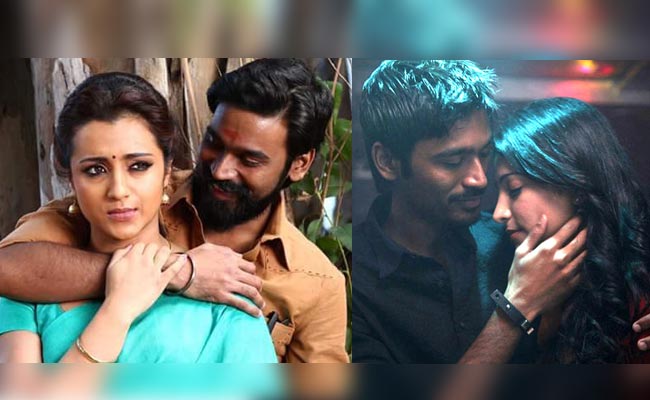 Dhanush is one South Indian actor who does not have a typical chocolate boy face like Mahesh Babu or charm like Alla Arjun. But he has still achieved stardom because of the way he has directed his career and chosen roles that suit his personality. The actor was married very young at the start of his career to Rajinikanth’s daughter Aishwarya with the mutual consent of the two families.

Although the couple is happily married as of now with two children there was a time when the Ranjhanna actor’s affairs did unsettle their paradise.

In 2015, Trisha and Varun Manian announced the engagement and abruptly parted ways shocking the fandom. Incidentally, what shocked the fans most was Dhanush’s alleged involvement in this separation. It is a known fact that Trisha shares a good bond with Dhanush whereas Varun does not like the actor. Even then Trisha invited Dhanush to the engagement which caused a rift between her and Varun leading to a breakup.

During the same time, many pictures of Trisha partying with Dhanush went viral that indicated that she is very close to the actor. Rumors started circulating that the two were having an affair, however, both Dhanush and Trisha never expressed their opinion on it. Rather a source close to both of them said that Trisha is equally friendly with Dhanush’s wife Aishwarya and it is highly unlikely that the two stars are having an affair.

It was during the shooting of 3 that Dhanush and Shruti Haasan came closer. Aishwarya was debuting as a director with this flick and had chosen Shruti as the female lead opposite her husband. Little did she know that it can be a big blow to her marriage with Dhanush. Although the film got mixed reviews for its love story, it was the romance behind the scene that was discussed a lot in Kollywood at that time.

Dhanush walking away with an excuse of headache during a radio show with Shruti Haasan the moment Aishwarya joined them or the actor’s comments made publicly regarding his director wife were all an indication that things were not all well between the two. Rather Dhanush allegedly had started spending more time with Shruti during the promotions of the movie and the actor even avoided being seen with his wife in public.

According to reports, the matter had started going out of hand with the relationship going berserk. It is at this time that Rajinikanth and Dhanush’s family intervened and forced Dhanush and Aishwarya to stay together and give their relationship another chance. It seems things have settled between the two as they are still married and living together. Shruti, on the other hand, denied having a fling with Dhanush stating that she only shared a professional relationship with the actor.