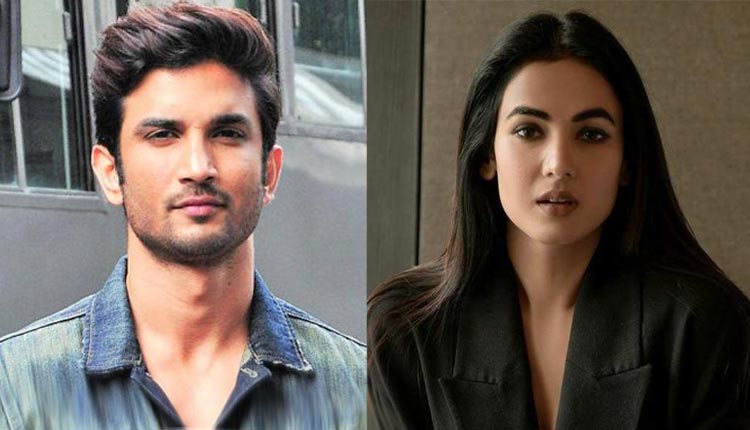 The death of Sushant Singh Rajput suddenly has made nepotism a very big thing in Bollywood. It has been there since ages and from Manoj Vajpayee to Vidyut Jamwal many successful stars had to face it and struggle a lot to establish their identity in this tough industry. Recently during an interview, Sonal Chauhan discussed how the death of Sushant has served as a wakeup call for the entire film fraternity.

The main topic of discussion throughout the interview was nepotism and whether it is right to sabotage someone’s career so that a not so deserving but kid of an established star gets the opportunity.

Was It Necessary That Such A Big Thing Should Happen?

During an interview, the famous fashion model and movie star was asked whether such a big thing like the suicide of Sushant Singh Rajput needed to happen to make Bollywood realize how nepotism is affecting the young talent from outside. The Jannat actress replied that it is most unfortunate and has happened in the past with Jiah Khan. Sonal further added, “I have a problem when somebody is trying to make a mark for themselves, and somebody tries to sabotage it, by pushing somebody who’s less deserving.”

The Tollywood actress stated that even now she feels that she should have known the problems Jiah was going through and maybe by talking with her and approaching her she would have been able to help her. Sonal said, “Sometimes, something drastic like this needs to happen so that conversation begins. Things are beginning to change now and maybe people now show a bit more empathy henceforth.”

“I have problem when somebody is trying to make a mark for themselves, and somebody tries to sabotage it, by pushing somebody who’s less deserving.” . . – Actress @sonalchauhan speaks up on the issue of late actor #SushantSinghRajput’s death and the whole nepotism debate. . . #zoomtv #sushantsinghrajput #nepotism #bollywood

Audience Will Only See What Is Hammered Into Them, Says Sonal

When asked why people did not talk about the Kai Po Che actor’s Sonchiriya now and did not go to watch it in the theaters when it was released then, Sonal said people will see what is hammered on them. If you are focusing on something and sidelining someone, then the audience will only see what is presented before them.

On the debate of nepotism, Sonal Chauhan said it is a part of human nature and she does not have any problem with established celebs trying to push their kids ahead. But she believes it is wrong to sabotage someone’s career if he is trying to make a mark and becoming successful on his own and instead help a non-deserving candidate.