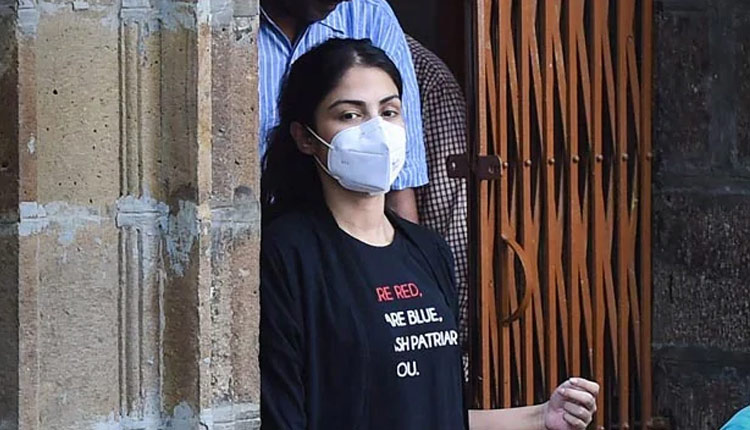 Mumbai: In a major development, actor Rhea Chakraborty who was arrested in connection with the drug probe has been granted bail by the Bombay High Court on Wednesday. However, the court turned down the bail plea of her brother Showik who was arrested in the same case.

The HC also granted bail to the other accused in the case, Sushant Singh Rajput’s house manager Samuel Miranda and house help Dipesh Sawant while the bail petition of Abdul Basit has been rejected. The Narcotics Control Bureau (NCB) had arrested them in connection with a drugs case.

Rhea Chakraborty was reportedly granted bail on a personal bond of Rs 1 lakh.

The Bombay court said, “Rhea should mark her presence for 10 days in police station after release, deposit her passport, not travel abroad without court permission and inform investigating officer if she has to leave Greater Mumba.”

On Tuesday, the Special NDPS Court had extended the judicial custody of Rhea and Showik and 18 others who were arrested by the NCB, till October 20.

Rhea had moved the high court in September after her first bail plea was denied by a special court in Mumbai on September 11.

Welcoming the court order, Maneshinde said, “Truth and justice have prevailed and ultimately the submissions on facts and law have been accepted by Justice Kotwal”.

“The arrest and custody of Rhea was totally unwarranted and beyond the reach of law. The hounding and witch hunt by three Central agencies — the CBI, ED and NCB — of Rhea should come to an end. We remain committed to the truth. ‘Satya Meva Jayate’,” said Maneshinde.

Rhea, along with 19 others, including Showik, were arrested during August-September by the NCB in connection with the drugs angle which surfaced during the investigations of the late actor Sushant Singh Rajput’s death case.

Some of the accused have been granted bail, others remain in custody for varying periods as the NCB probe continues along with questioning of several leading actresses.