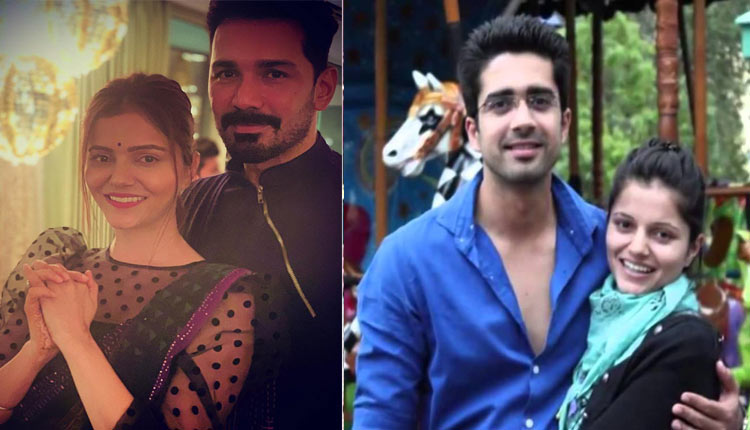 Rubina Dilaik took home the Bigg Boss 14 trophy and is now basking in its success. Apart from her strong and opinionated personality that stood out, audience also became a fan of her because she was always vocal about her love life and personal matters in the house. While she and Abhinav Shukla set marriage goals in the show, do you know that Abhinav wasn’t the first actor she fell in love with?

In Bigg Boss 14 , Ruby had revealed that her married life with Abhinav Shukla was on the rocks and the viewers witnessed the couple trying to make their relationship work in the house. The couple left viewers in awe of the two who were evidently very much in love and supported each other through all the hurdles in the house. However, before the telly couple fell for each other and decided to marry, Rubina was in a serious relationship with Avinash Sachdev and was reportedly going to tie the knot with him.

Rubina Dilaik and Avinash Sachdev met on the sets of Chotti Bahu, their telly debut show, where both of them played the lead and eventually fell in love. They became one of the most adorable couples in the telly industry. The two were even all set to tie the knot and apparently there was a lot of buzz that they already had secretly tied the knot.  The duo rubbished all these rumors then and was going strong but soon things started falling apart.

It was reportedly Avinash’s growing closeness with another co-star in a show that wreaked their relationship. The two decided to part ways and after this Rubina found love in Abhinav Shukla, they tied the knot in 2018 and the rest is history.

Avinash  Sachdev got married to his co-star Shalmalee Desai in 2015 but they divorced after two years. Now,  Avinash set to tie the knot with his current girlfriend Palak Puruswani.