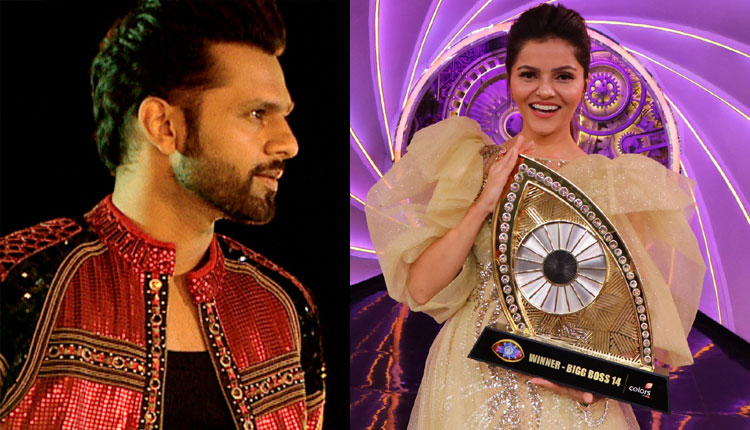 While the audience witnessed the unpredictable journey of contestants inside the Bigg Boss house for months, the finale was a rather predictable affair. As expected Rahul Vaidya and Rubina Dilaik faced each other for the last time in the Top 2, after which Rubina emerged as the winner of Bigg Boss 14.

However, after the results were announced, an unlikely Twitter storm brewed up. A number of fans and viewers are now expressing their suspicion over the decision while some calling it unfair and ‘rigged’. Many of Rahul’s fans also argued that Rubina’s affiliation with Colors TV was the reason she was the ‘fixed winner’ irrespective of votes.

Our king @rahulvaidya23 doesn’t need paid media , paid channel or doesn’t need to win a scripted shoe because he already has won our hearts ❤
and people who call it fair , remember that @sreesanth36 lost it to daily soap ki @ms_dipika lol hahahah#RKVians #RahulVaiyda pic.twitter.com/YZKjWdqloA

Another shocker was the elimination of Aly Goni before Nikki Tamboli. Viewers on social media were surprised that how Aly couldn’t get into the Top 3 just as he got lesser votes than Nikki. While Nikki also was a good player, Aly Goni had managed to make a bigger impression on the Bigg Boss 14, he also had a bigger fan base than her.

#AlyGoni was Made #Scapegoat to make finale Intresting

As per the Bollywood spy The Real Khabri, Aly Goni got double the number of votes than Tamboli but was made the scapegoat by the makers. This shocking revelation has made more people believe that maybe their theories of the ‘fixed winner’ might be indeed true. He also added that Live Voting was a sham to fool people.

#RahulVaiyda won the game much before than this drama grand finale.

1. Bigg Boss is a scripted and biased show.
2. The person who wins hearts,can never win any fake things.

PROUD OF YOU RAHUL VAIDYA

This is not the first time the reality show has been facing heat from its viewers over the final decision. Earlier after Sidharth Shukla was announced the winner of Bigg Boss 13, an employee of the channel took to Twitter to share that she quit her job as the show was fixed and posted a video from the control room that showed Asim Riaz got more votes than Sidharth.

My Orginal Winners Of #BiggBoss History…

They all won our hearts
runners up are always respected and loved too
dont be sad rahul has done great in bb house and will do great in future
PROUD OF YOU RAHUL VAIDYA pic.twitter.com/QW7jh5L3E8

She wrote, “Video from the control room right before winner announcement. Both Asim & Sidharth got equal votes in live voting but Sid was announced as the winner. Do u need any more proof that Ss was already decided as Winner?” After this, a Twitter storm cooked up with fans and audience bashing up the makers, now it seems like the history is repeating itself.