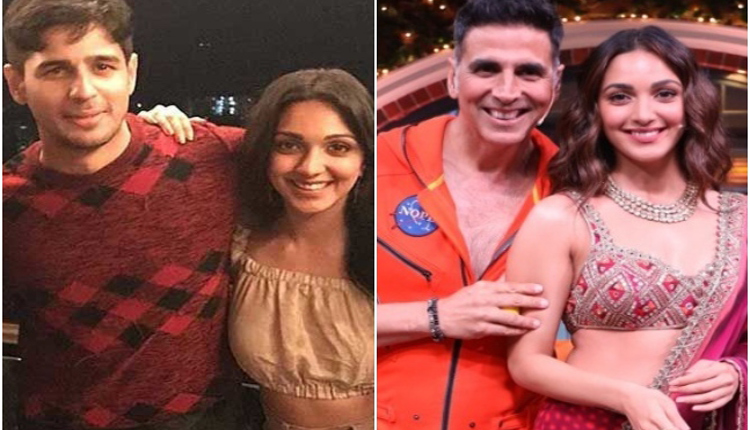 Kiara Advani and Sidharth Malhotra have been making headlines with all the dating rumours and speculations for a while now. However, the duo holds silence on their love life and maintains that they are nothing more than co-stars. But now, adding fuel to the fire, Akshay Kumar hinted the fans about their relationship on The Kapil Sharma Show which has left the fans shook.

Akshay and Kiara arrived as guests on the latest episode of The Kapil Sharma Show for the promotions of their upcoming horror comedy, Laxmii. When host Kapil asked Kiara about her dating life she tried to dodge the question by saying, “Whenever I talk about my personal life it will be when I’m married.”  Akshay was seen grinning at her reply and Kapil said, “Let’s clap for the guy who will get married to you. We can only send you good wishes for now.”

However, Akshay’s statement stole the limelight when he mischievously dropped a hint and said, “Ye badi Siddhanto wali ladki hai (She is a girl with principles),” which left the actress blushing and gaping while others broke into laughter.