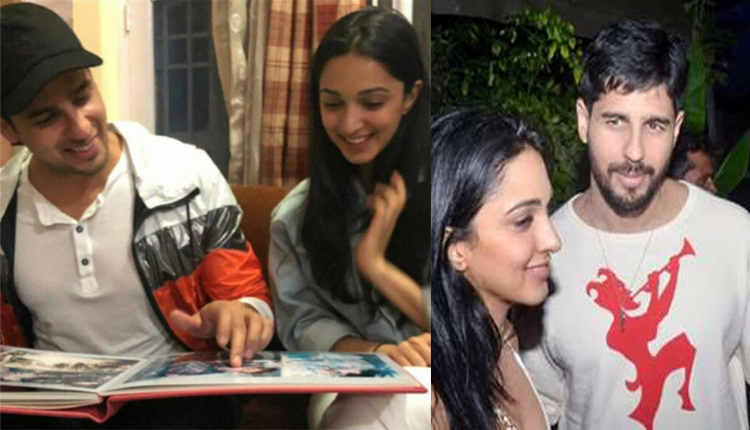 Bollywood actors Sidharth Malhotra and Kiara Advani’s relationship rumours have been grabbing headlines since a long time now. However, the two of them have always remained tight-lipped about it even though they are often seen spending quality time together.

According to sources, the two are getting serious about each other and very much in love. Giving more heat to the rumours, the couple was recently spotted in the city as they stepped out for a drive. Both Kiara and Sidharth were seen in casual wear caught the attention of the paparazzi. Sidharth and Kiara enjoyed a car ride together while on their way to the Student of the Year actor’s place.

The link-up rumours started few months back when Kiara Advani and Sidharth Malhotra posted Instagram photos from what seemed like the same destination and even arrived at the Mumbai International Airport together. This left fans and netizens wondering if something is brewing between the two.

Starting the year with soaking up the morning sun ☀ Mother Nature at its best!

Netizens were surprised when pictures of the duo spending New Year together in an undisclosed location went viral. According to reports, the love-birds had decided to take the next step as they introduced each other to their parents. A dinner party was also held in Kiara’s house where Malhotra had invited his parents.

The two will also be seen sharing screen space in Shershah where Sidharth will portraying both Vikram Batra and his twin brother Vishal Batra. The film is based on the story of Captain Vikram Batra, during the Kargil War of 1999.