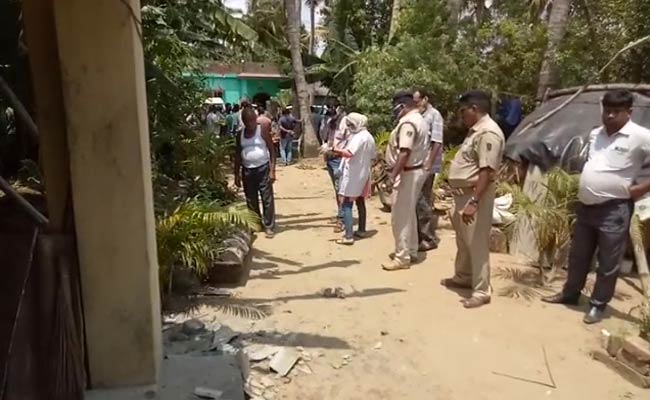 Konark: Police on Wednesday arrested five persons including the sarpanch of Achyutapur gram panchayat in connection with the bombing on the residence of OTV news channel’s Konark correspondent, Sanjay Pati.

Achyutapur sarpanch Bhakta Ballav Das is the mastermind behind the bombing on the night of April 23, informed Puri Superintendent of Police, Umashankar Das.

Speaking about the motive of the crime, he said the bombing was fallout of past enmity.

Four other accused arrested in connection with the crime are Dhiraj Swain, Badal Nayak, Kailash Pradhan and Dillip Nayak. One 9 MM pistol, two rounds of bullets and a motorcycle were seized from their possession.

According to police, Bhakta Ballav along with four other accused had hurled three bombs at the residence of Pati located at Karamanga village on April 23 midnight.

While escaping from the spot on motorcycles after executing the crime, the five accused ran into a police patrolling team midway. Though the team tried to nab them, they managed to flee by threatening the personnel with gun.

IPL or any other sport, could be played without spectators: Ajinkya Rahane