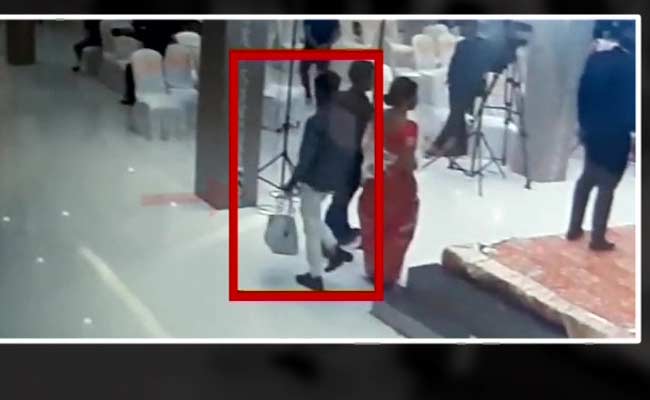 Bhubaneswar: Beware if you are planning to host marriage or any other function at a hotel or any other venue as miscreants posing as guests might turn up as party spoilers. In one such incident, a miscreant looted gold ornaments worth lakhs of rupees from a hotel where a wedding reception was being hosted by a businessman in Chandrasekhapur area in Bhubaneswar.

According to reports, two robbers posing as guests turned up at the reception party of businessman Ranjan Mohanty’s son on February 29. Like any other guests, the two persons were seen sitting side by side throughout the event.

When family members of the hosts were busy clicking pictures and welcoming guests, the robbers looted a hand bag containing cash and gold ornaments worth nearly Rs 5 to 6 lakh.

“On the day of reception party of my son on February 29, we found that a bag containing cash and gold ornaments was missing at around 11:15 pm. After reviewing the footage from the CCTV camera installed at the wedding venue, we found that two persons were involved in the incident,” said Mohanty after lodging a police complaint.

From the CCTV visuals, one of the miscreants can be seen attempting to steal the bag twice. However, not a single member of the family was unable to spot or suspect the miscreants as they were dressed decently, Mohanty added.

It is not for the first time that such an incident of loot during marriage or reception party has been reported in Bhubaneswar. Earlier, two to three similar cases were reported from different parts of the city and it is suspected that a criminal gang might be behind such incidents of loot.

Anil Patnaik, manager of the hotel informed that, “It is for the first time such an incident occurred at the mandap. Though we had deployed 10 security guards, two suspects managed to enter the venue and decamp with the valuables.”

Patnaik further stated that the accused were identified from the CCTV footage. Meanwhile, police have launched a probe into the incident.