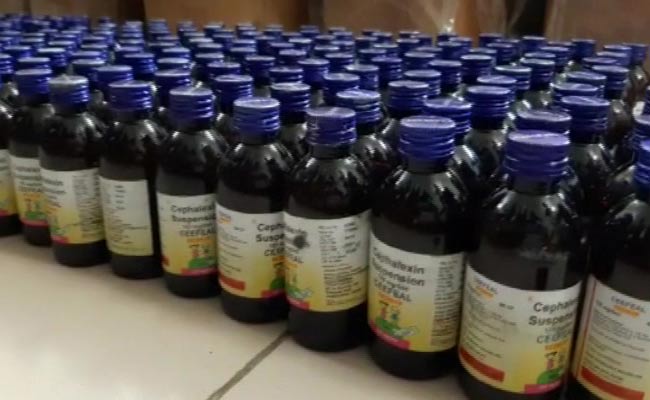 Nuapada: Odisha Police claimed a major breakthrough in busting a network of criminals involved in manufacture and sale of duplicate cough syrup by arresting two persons from Gujarat and Chandigarh.

The two accused- Bhabesh Jewani and Sumit Kumar have been arrested by a team of Nuapada Police which was working on the case after it arrested four persons and seized 8,000 bottles of cough syrup on January 24.

Nuapada SP, Vinit Agarwal informed that following the arrests of four persons, it came to light that two persons- Bhabesh Jewani and Sumit Kumar were paid huge sums by one of the accused in Odisha for supply of the duplicate cough syrup.

“Carrying out further probe, two teams were formed and we managed to bust a factory at Ahemedabad in Gujarat. We have seized 9,450 bottles of cough syrup following a raid with the help of local police,” Agarwal added.

One Militant Killed In Kashmir Gunfight