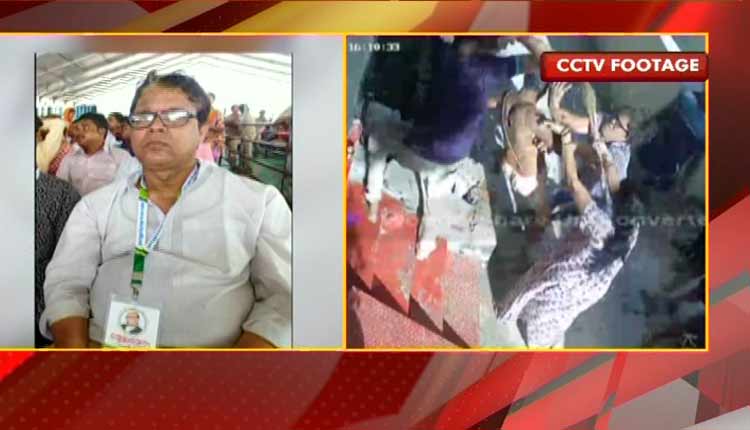 Cuttack: Cuttack Mahanagar BJD general secretary, Tapas Mohanty has been accused of thrashing an elderly man following a dispute over a drainage line. The incident has been reported from Bhubanpur Sahi under Jagatpur Police limits of Cuttack.

“When we opposed, he (Tapas) and his family members attacked us. We are ready to vacate the space if there is proper demarcation of the land by municipal and revenue officials,” said Panda’s son.

Panda’s son also questioned as to who gave the authority to the BJD leader to take law into hands. “We will move DCP and DGP, if no action is taken in this regard,” he added.

On the other hand, the BJD leader has refuted the allegations levelled against him.

“I was trying to stop people of either side. I had pushed both of them to pacify the situation. I had no other intentions,” said Tapas Mohanty.

Meanwhile, Jagatpur Police has registered a case against seven persons and further investigation in connection with the incident is underway.