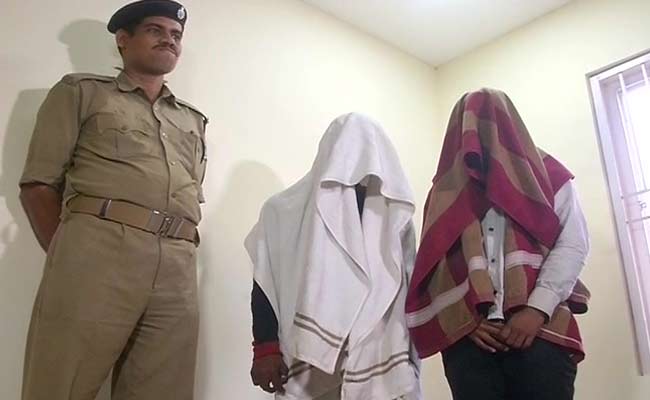 The accused Sk Saruk and Sanjiv Dehury, who hails from Balasore district, were arrested following a raid near Baramunda area yesterday.

Addressing a press conference, Crime Branch ADG, Soumendra Priyadarshi today informed that both the accused were involved in the illegal brown sugar trade for the past several years and many criminal cases are pending against them at different police stations in Balasore district.

“Acting on a tip-off, our team intercepted the duo near Baramunda and seized over 400 grams of brown sugar. This is for the third time that brown sugar over 300 grams has been seized in the past one month,” said Priyadarshi.

Priyadarshi informed that the duo used to procure brown sugar from Murshidabad, Kolkata and Kharagpur and supply it to several other dealers in Bhubaneswar.

It is pertinent to mention here that Crime Branch STF has launched a major drive against the illegal narcotics trade and seized over 1 kg brown sugar since January 2020.

Besides, 24 persons have been arrested in 13 cases registered following crackdown in several parts of the State including Balasore, Angul, Puri, Dhenkanal, Bhubaneswar and Bhadrak. The STF has also seized Rs 13.21 lakh, eight motorcycles and other crucial documents during the special drive.

Apart from the Crime Branch STF, Commissionerate Police has also formed a special drug task force to put a check on the brown sugar trade.

Senior officials of Commissionerate police informed that over 105 persons have been arrested in 56 cases pertaining to brown sugar smuggling and peddling registered in the last three months. Besides, 1,302 grams of brown sugar worth nearly Rs 1.5 crore has been seized and over 40 persons from outside Bhubaneswar arrested in special drive of Commissionerate Police, sources said.