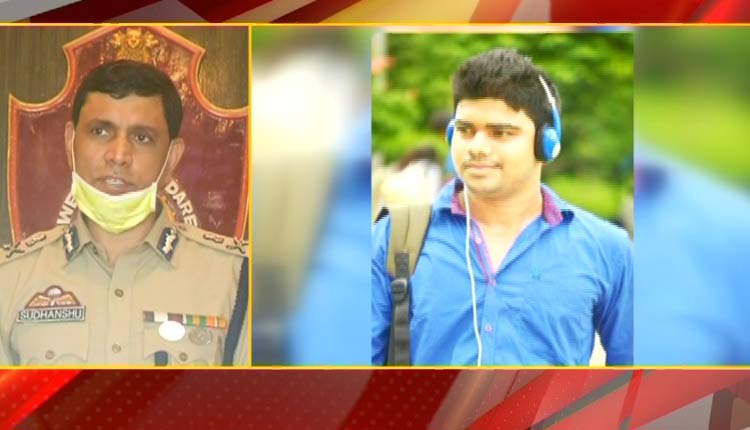 Bhubaneswar: The Commissionerate Police on Monday claimed breakthrough in the twin bank loot incidents by nabbing the accused involved in the crime. The accused has been identified as Soumya Ranjan Jena.

At a presser, Police Commissioner Sudhanshu Sarangi today informed that the accused had suffered huge losses during the lockdown and committed the offence only to repay the loan which he had taken from banks.

The accused used a toy gun (air gun) to commit the crime after watching several videos on Youtube on how to loot banks, Sarangi informed.

Interestingly, Jena has accounts in both the banks and had taken loan of nearly Rs 19 lakh and had an outstanding of Rs 6 lakh.

According to Police, Jena had completed his +2 in Commerce stream and had started a business by taking loans. Though he was doing a brisk business with a turnover of Rs 9 to 10 lakh, his business was badly hit during the COVID-19 lockdown.

With no source of income, Jena started facing problems in repaying the loan amount. It was then when he decided to repay the loan by committing bank dacoity and chose the two banks where he had accounts, Sarangi said.

“It was completely a blank case as usually criminals from outside State are involved in such bank loot incidents. In both the incidents, there was only one accused who came in black dress, helmet, mask and gloves. Moreover, the accused was also communicating in Odia which is usually not in the cases when criminals from outside the State are involved in such crime incidents,” said Sarangi.

Sarangi further informed that out of the Rs 12.34 lakh which was robbed from both the banks, nearly Rs 10 lakh has been recovered from the accused.

“The accused had repaid only Rs 60,000 to the banks against the loan amount to avoid suspicion,” the Police Commissioner added.