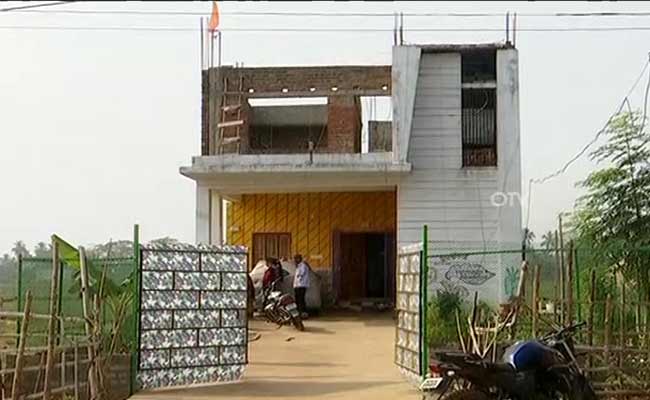 Cuttack: After a brief lull, another incident of loot has been reported from the millennium city. As per reports, unidentified miscreants looted cash and over 250 grams of gold ornaments from a house at Tarol area under Jagatpur police limits in Cuttack late last night.

According to reports, four-masked robbers barged into the house of Sudhanshu Kumar Nayak at around 2 AM last night. All the family members of Nayak were sleeping when the armed robbers entered their house by breaking the door.

“I was sleeping when I heard a loud noise and rushed downstairs. Later, four armed miscreants attacked me and locked my son and other members inside a room and looted cash and gold ornaments at gunpoint,” said Nayak.

Nayak, who was staying along with his two sons and wife, informed that the all the robbers were holding sharp weapons and guns.
“When my son tried to save us, the miscreants thrashed him and locked all of us in one room,” said Nayak.
Recounting the horror, Nayak’s son Sabyasachi said, “The miscreants overpowered me when I tried to resist. My younger brother had locked himself inside the room after sensing trouble. But they caught him after breaking the door.”

Sabyasachi further alleged that poor patrolling at night is to be blamed for the rise in armed dacoity in Jagatpur.

“At least eight major robberies have been reported from the area in the last eight months. And in two such incidents, miscreants have looted cash and other valuables by holding family members hostage,” said Gokulananda Mishra, a local resident.

Meanwhile, senior police officials could not be contacted to respond to the allegations.