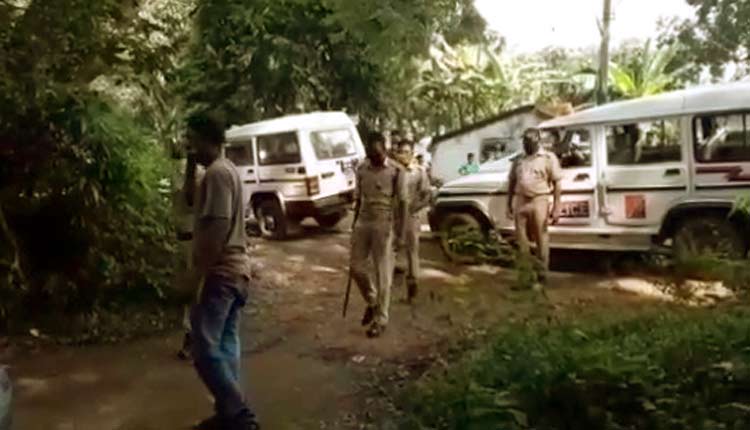 Cuttack: A gang of armed dacoits decamped with gold and Rs 13,000 cash after holding a family hostage in their house at Dwarabatipur village in Athagarh block of Cuttack district in the wee hours today.

As per reports, around 5-6 dacoits armed with guns and sharp weapons barged into the house of one Ravindra Nayak at around 2:30 am today.

“We were sleeping when we saw 5-6 miscreants inside our house. All of them were young, in the age group of 25-35 years. They were armed with guns and weapons. First they took away our mobile phones and locked all the family members in a room,” said Dipti Prasanna Nayak, who sustained critical injuries on his head after being attacked by the robbers.

According to Nayak, the miscreants broke open the cupboards after the family members refused to hand over them the keys. “Later, they tried to drag my mother and attacked all of us when we resisted. The miscreants were communicating in Odia among themselves and with us,” he added.

Following the incident, Choudwar SDPO and senior officials of Khuntuni Police reached the spot and started a probe into the dacoity incident.

“Two persons have been injured in the attack by the miscreants. A case has been registered at Khuntui Police Station and further investigation is on,” said Prashant Kumar Malla, Choudwar SDPO.