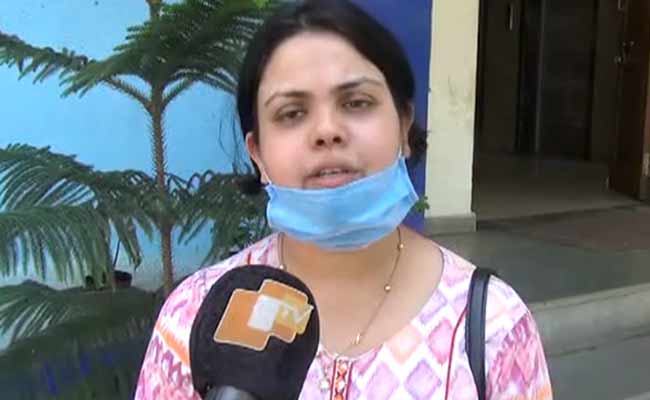 Surat: Compassion in these moments of darkness is the least that we can offer to each other and more so to the doctors, who have become the warriors of the mankind against the coronavirus. Though an Odia Corona warrior, serving at a government hospital in Surat and treating people infected with Coronavirus, has received harassment in return from her landlord.

Dr Sanjeevani Panigrahi, who stays at Rajhans Society in Surat, has filed a complaint with the local police that her landlord who lives in the same building has been harassing her both physically and mentally. She had recorded a video purportedly showing the landlord shouting & abusing her and the same has gone viral on the internet.

Dr Panigrahi alleged that her landlord abused and harassed her suspecting her to be carrying Coronavirus as she works at a hospital where Covid19 patients are being treated.

The matter came to fore after the doctor shared the video on Twitter tagging PM Modi.

“When I returned from work on  March 23, I found the family of my landlord waiting at the gate. They threatened to take action against me if I go out of the apartment again,” alleged Dr Panigrahi.

“Later the wife of my landlord uploaded a video on Facebook leveling false charges against my dog that it roams around and bites people in the apartment,” said Dr Panigrahi.

She reportedly had tried to reason with them earlier saying that as a doctor she has to discharge her duty and she can’t help it, but all her entreaties were in vain.

She had lodged a complaint with the local police based on which the landlord has been detained for questioning. However, as per the sources, Dr Panigrahi has expressed her willingness to take back her complaint if her landlord issues a written apology.