Nizamuddin Returnee Along With Associates Attacks Govt Officials; Hold Them Captive In Odisha 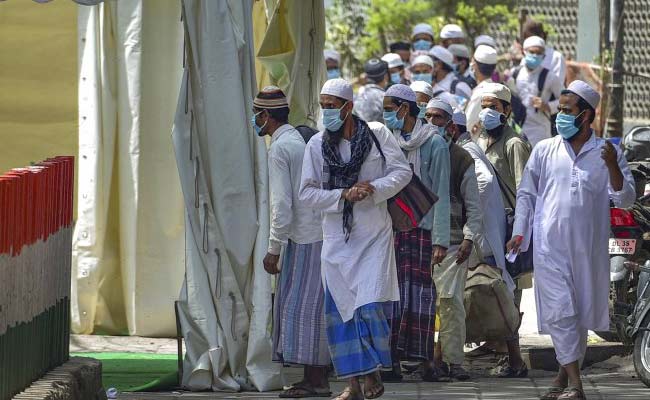 Jajpur: A Nizamuddin returnee along with two of his associates led a group of villagers in attacking two state government officials and held them captive in Odisha’s Jajpur district on Saturday, a senior official said. The three were later detained and sent for quarantine.

The incident took place at Gopinathpur village under Kuakhia police station when the district collector Ranjan Kumar Das and other officers were overseeing the implementation of the lockdown guidelines and mandatory wearing of masks by people.

“When the BDO and the tehsildar were checking people on the streets, three unmasked men in a motorbike did not stop and fled to Gopinathpur village. When the two officers chased them to the village, the trio allegedly led a mob to attack the officers and held them captive, said Das.

Later, policemen reached the spot and rescued the officers, he said.

It was ascertained during interrogation that one of them was Nizamuddin returnee. The Nizamuddin returnee along with his two associates was detained and kept in quarantine. His contact tracing will be done after the test of his swab sample, Das added.

As many as eight persons have been arrested so far in connection with the alleged attack on the government officials. Besides,  Section 144 has been imposed in the village to avoid any untoward incident, said sources.

Many of those who had attended the Tablighi Jamaat event last month in the national capital were later tested positive for COVID-19 and several of them died.

Forty-two people of the state who had attended the Nizamuddin event voluntarily came forward for coronavirus test following an appeal by Chief Minister Naveen Patnaik, but the person detained on Saturday was not one of them, an official said.

Jajpur SP Charan Singh Meena conducted a flag march in the village as tension prevailed there after the incident.

Earlier, one Nizamuddin returnee from Jajpur district had tested positive for coronavirus infection. He, however, has recovered.

On the other hand, one more person from Balasore tested positive for coronavirus in Odisha on Saturday taking the total number of cases in the State to 61. Balasore district administration has declared three wards as ‘containment zones’ after detection of the first COVID-19 positive case.

As per official sources, ward no 29 has been sealed while partial restrictions imposed in ward no 18 and 28. All the nine entry and exit routes in these wards have been completely sealed and the administration has decided to collect samples from nearly 500 families in these wards.

Practice physical distancing even during Ramadan: WHO