New Delhi: Amid a spurt in COVID-19 cases, apex health research body ICMR has decided to conduct a study in 75 affected districts across the country to identify people who were exposed to the novel coronavirus infection and yet showed mild or no symptoms. The study can help ascertain whether there has been community transmission […]

As heart attack trends on Twitter, know what's the reason, early symptoms and how to prevent

New Delhi: Amid a spurt in COVID-19 cases, apex health research body ICMR has decided to conduct a study in 75 affected districts across the country to identify people who were exposed to the novel coronavirus infection and yet showed mild or no symptoms.

The study can help ascertain whether there has been community transmission of the respiratory disease in those areas or not, official sources said.

The death toll due to COVID-19 rose to 1,886 and the number of cases climbed to 56,342 on Friday registering an increase of 103 deaths and 3,390 cases in the last 24 hours since Thursday morning, according to Union health ministry data.

"As a part of the study, people from red, orange and green zones in a district will be tested for COVID-19 at random to check whether they have developed antibodies against the infection even though they remained asymptomatic or showed mild symptoms.

"The presence of antibody in them will establish that they were infected by the virus and were able to fight it off. They did not know they had contracted the disease as they had no symptoms," an official explained.

The exercise will also help ascertain if there has been community spread of the disease, the official said. Community spread is a stage where the source of the infection cannot be traced.

Scientists at the Indian Council of Medical Research (ICMR) aim to begin the study at the earliest.

Districts with high population and heavy inter-state movement of people will be selected for the study to represent the respective state, the sources said.

According to a study, around 80 per cent of coronavirus infected people show mild or no symptoms of the illness.

Officials said the study would have started earlier as it was planned to be conducted with the rapid antibody test kits brought from China. But after those test kits showed inaccurate results in some places, the study had to be postponed.

"The quantum of sampling for the study is yet to be decided. The study will only make sense if it has a decent sample size," another official said.

The modality of testing is yet to be decided, but according to sources, either an ELISA antibody test which is a kind of blood test or pool sampling with RT-PCR test could be used for the study, the official sources said.

The ELISA test is similar to rapid antibody tests as it looks for antibodies in the blood to ascertain if one has been infected with the coronavirus infection or not.

At present, efforts are being made by the government to identify asymptomatic people through contact tracing and community surveillance. 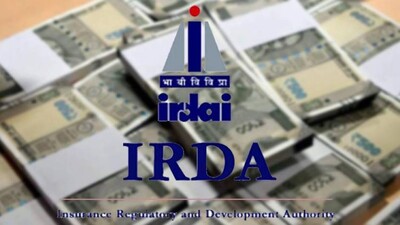