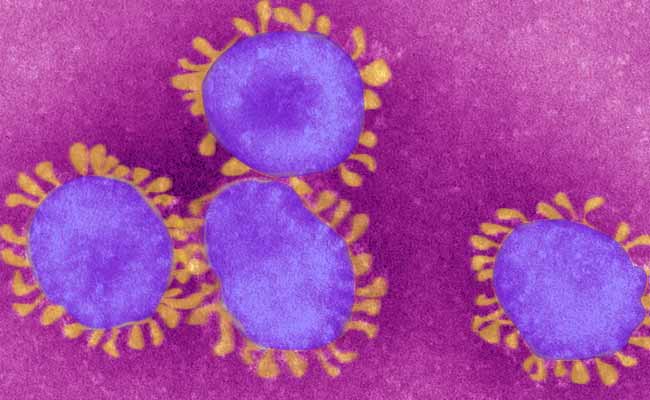 New Delhi: The Indian Council of Medical Research (ICMR) on Sunday said that a candidate vaccine called ChAdOX1 a” being developed by researchers at the University of Oxford — is the frontrunner in the race to take on the deadly COVID-19 virus which has infected over 23 lakh people globally, killing over 1.60 lakh people.

Speaking at a daily media briefing in the Capital, Dr Raman Gangakhedkar who is the chief scientist of ICMR said that at least 70 groups of scientists across the world have been working towards a novel coronavirus vaccine and five groups have come into human trial phase — with ChAdOx1 leading the race.

On Friday, scientists at the University of Oxford promised a super-fast vaccine during a virtual press conference, saying it would be available by September. According to lead researcher Professor Sarah Gilbert, their ChAdOx1 vaccine can work against the virus called SARS-CoV-2.

The Oxford vaccine group which was among the first to enter the COVID-19 vaccine race also promised one million doses of the vaccine by September.

ICMR informed that as many as 17 groups are working on COVID19 vaccine development of which 5 groups have passed animal study phase and are currently studying effect of drugs in humans. The group of researchers working on ChAdOx1 is one of these 5 groups. ICMR will monitor the progress and take this up based on results of the study being done by the group.

Later in the day, the Ministry of Home and Family Welfare (MoHFW) at a press meet briefed media that a high-level taskForce has been formed to work on the frontiers of science related to drug testing & Vaccines. Its Co-chair members are NITI Aayog, and Principal Scientific Advisor to Govt

A high-level #TaskForce has been formed to work on the frontiers of science related to drug testing & Vaccines.

According to the WHO draft, from a total of 70 candidate vaccines in the race, three leading vaccines which are in human testing phase are from CanSino Biological Inc and the Beijing Institute of Biotechnology; Inovio Pharmaceuticals Inc; and Moderna Inc along with the National Institute of Allergy and Infectious Diseases (NIAID) in the US.

What probably separates ChAdOx1 – known as recombinant viral vector vaccine – from the rest is the time it promises to take in order to deliver mass quantities.

In India, the Pune-based Serum Institute of India has collaborated with New York-based Codagenix Inc to develop a vaccine against the deadly respiratory disease.

The irony is: WHO special envoy David Nabarro has warned that there is no guarantee that a coronavirus vaccine can be successfully developed in the coming months.

Nabarro who is one of the world’s leading experts said that people have to live with the threat of coronavirus “for the foreseeable future” and adapt accordingly because there is no guarantee that a vaccine can be successfully developed.

In an interview with The Observer, the WHO special envoy said the public should not assume that a vaccine would definitely be developed soon and would have to adapt to the ongoing threat.

“You don’t necessarily develop a vaccine that is safe and effective against every virus. Some viruses are very, very difficult when it comes to vaccine development – so for the foreseeable future, we are going to have to find ways to go about our lives with this virus as a constant threat,” he was quoted as saying.

In late March, Professor Gilbert received 2.2 million pounds as funding from the UK government for vaccine development and trials.

Researchers enrolled over 500 healthy volunteers to test if their vaccine can prevent the novel coronavirus.

The vaccine is an adenovirus vaccine vector and was developed at Oxford’s Jenner Institute. Adenoviral vectors are a very well-studied vaccine type, having been used safely in thousands of participants, from 1 week to 90 years of age, in vaccines targeting over 10 different diseases.

“The Oxford team had exceptional experience of a rapid vaccine response, such as to the Ebola outbreak in West Africa in 2014. This is an even greater challenge. Vaccines are being designed from scratch and progressed at an unprecedented rate,” said Professor Adrian Hill, Director of the Jenner Institute at the University of Oxford.

According to experts, the COVID-19 vaccine is at least 12-18months away, so there is no need to jump on every occasion someone announces a new one.

Also Read: No Evidence Suggests BCG Vaccine Can Protect Against COVID-19: WHO