COVID-19 Pandemic: Latest Updates From Around The World 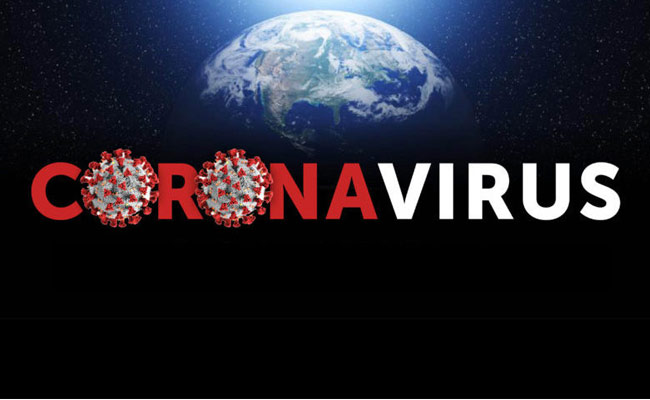 The COVID-19 pandemic has brought the world to a standstill. Here are the latest updates on corona crisis from around the globe on Monday.

The overall number of global coronavirus cases has surged past the 5.4 million mark, while the deaths increased to more than 345,000, according to the Johns Hopkins University.

As of Monday morning, the total number of cases stood at 5,406,537, while the death toll increased to 345,036, the University’s Center for Systems Science and Engineering (CSSE) revealed in its latest update.

In terms of cases, Brazil accounted for the second highest number of infections at 363,211.

Meanwhile, the UK came in second after the US with 36,875 COVID-19 deaths, the highest fatalities in Europe.

Another 118 COVID-19 patients have died in Britain as of Saturday afternoon, bringing the total coronavirus-related death toll in the country to 36,793, British Prime Minister Boris Johnson said on Sunday.

The figures include deaths in all settings, including hospitals, care homes and the wider community, Xinhua reported.

Chairing Sunday’s Downing Street daily press briefing, Johnson confirmed that primary schools in England will partially reopen from June 1, including the reception, year one, and year six in primary schools.

He added that he intends for secondary schools to provide “some contact” for year 10 and year 12 students to help them to prepare for exams next year from June 15.

“By opening schools to more pupils in this limited way we are taking a deliberate cautious step,” he told reporters, noting that the government “wants to start getting our children back into the classroom in a way that is as manageable and as safe as possible.”

Acknowledging that a June 1 opening may not be possible for all schools, Johnson said the government will continue to support and work with the sector.

Responding to the reported “breach of lockdown measures” of his top adviser Dominic Cummings, Johnson said Cummings acted “responsibly, legally and with integrity”.

As to the vaccine development, Johnson said he wants to see a “much more international approach” to the coronavirus pandemic and a vaccine will be developed “all the faster if we collaborate across countries”.

A further 50 COVID-19 patients had died in the past 24 hours in Italy, bringing the country’s death toll to 32,785, out of total infection cases of 229,858, according to fresh figures on Sunday.

The number of recoveries rose to 140,479, an increase of 1,639 compared to Saturday. Nationwide, the number of active infections fell by 1,158 to 56,594, according to the Civil Protection Department, Xinhua reported.

Of those active infections, 553 are being treated in intensive care, a decrease of 19 compared to Saturday, and 8,613 people are hospitalized with symptoms, down by 82 over the past 24 hours.

The remaining 47,428 people, or 84 percent, are in isolation at home without or with only mild symptoms.

US imposes travel restrictions on Brazil due to COVID-19

The White House announced on Sunday that the US has imposed travel restriction on Brazil, which has become the nation with the second-highest number of COVID-19 cases.

“Today, the President has taken decisive action to protect our country by suspending the entry of aliens who have been in Brazil during the 14-day period before seeking admittance to the United States,” the White House said in a statement, Xinhua reported.

The statement said the action would “help ensure foreign nationals who have been in Brazil do not become a source of additional infections in our country,” noting that this measure would not apply to the flow of commerce between the two countries.

Seven COVID-19 patients were discharged from hospitals after recovery in the Chinese mainland on Sunday, the National Health Commission said on Monday.

There were 83 patients still being treated, the commission said in its daily report, Xinhua reported.

Altogether 78,268 patients had been cured and discharged from hospitals by the end of Sunday, the report said.